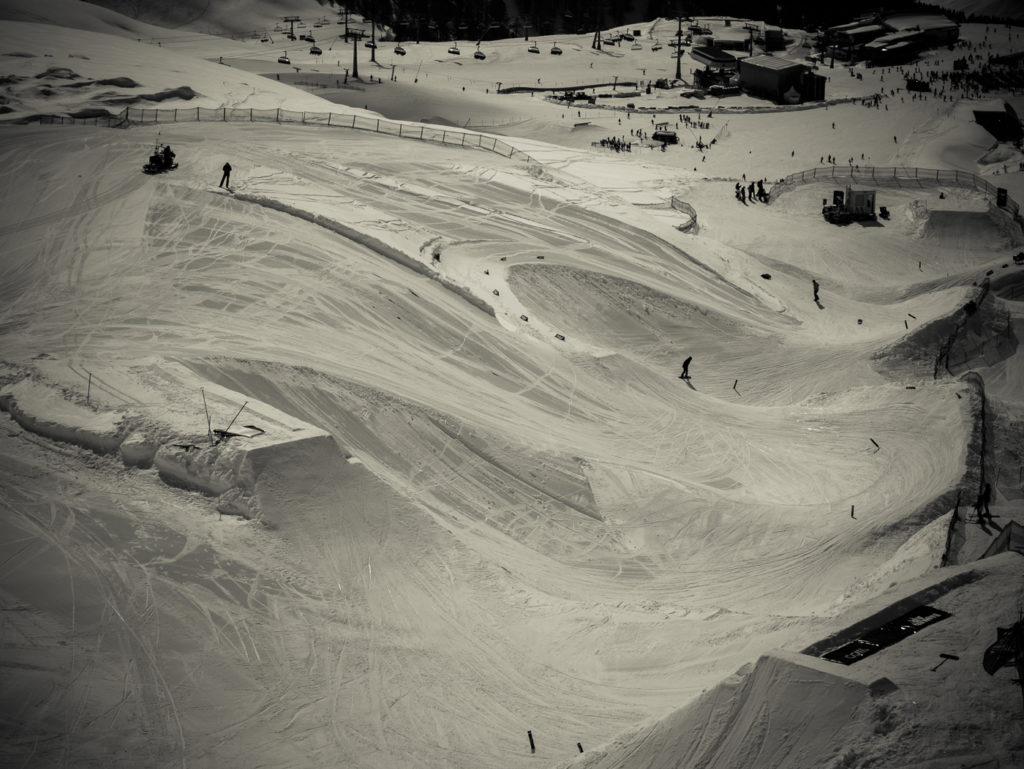 It’s been 25 years since Ischgl held the first ever ISF Snowboard World Championships in 1993 and Ischgl became the ideal host for the 2018 Ischgl banked air. Teaming up with creator and founder of the legendary SPC camp, Klaus Marko, to create a type of contest that attracted 80 snowboarders from the last three decades.

The banked Air is similar to a banked slalom course but with 4 hips along the 700m course. The riders must not only get the best time possible but also time in the air was calculated and style points were also awarded on each hip resulting in more seconds taken off the race time, more air + style= more time taken off. The time was calculated by a chip stuck onto the riders board called the “woo snow”.

After the initial qualification runs, 12 teams consisting of at least 5 riders that had to include one woman, battled it out in a head to head format.

Terje Haakonsen, who won the ISF Snowboard World Championships back in 1993, showed that he somehow manages to improve every year, won the overall category and also the style award from the judges. Alex Walch from Austria, collected the most airtime and  Elena Könz from Switzerland surprised a lot of people by ending up third among all competitors in the airtime ranking. Matthias Weissenbacher was the fastest rider of the day.

Here is a selection of images from the event below. 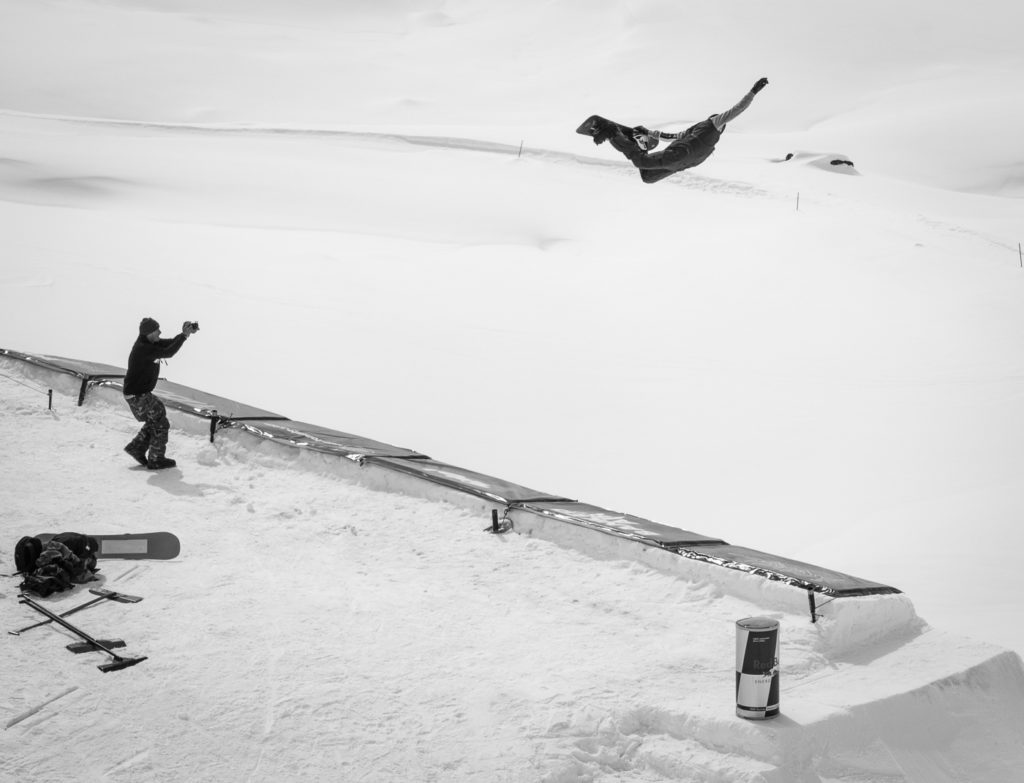 Terje with a backside air straight into first place 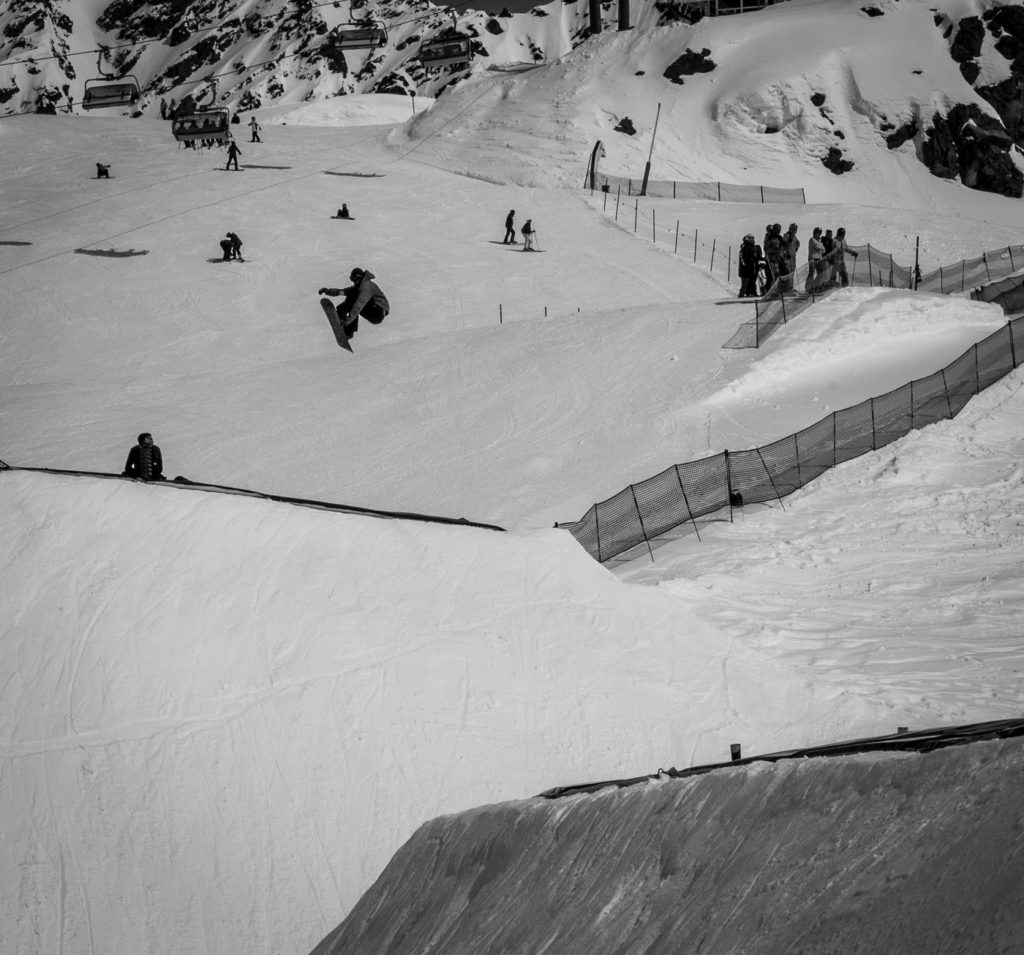 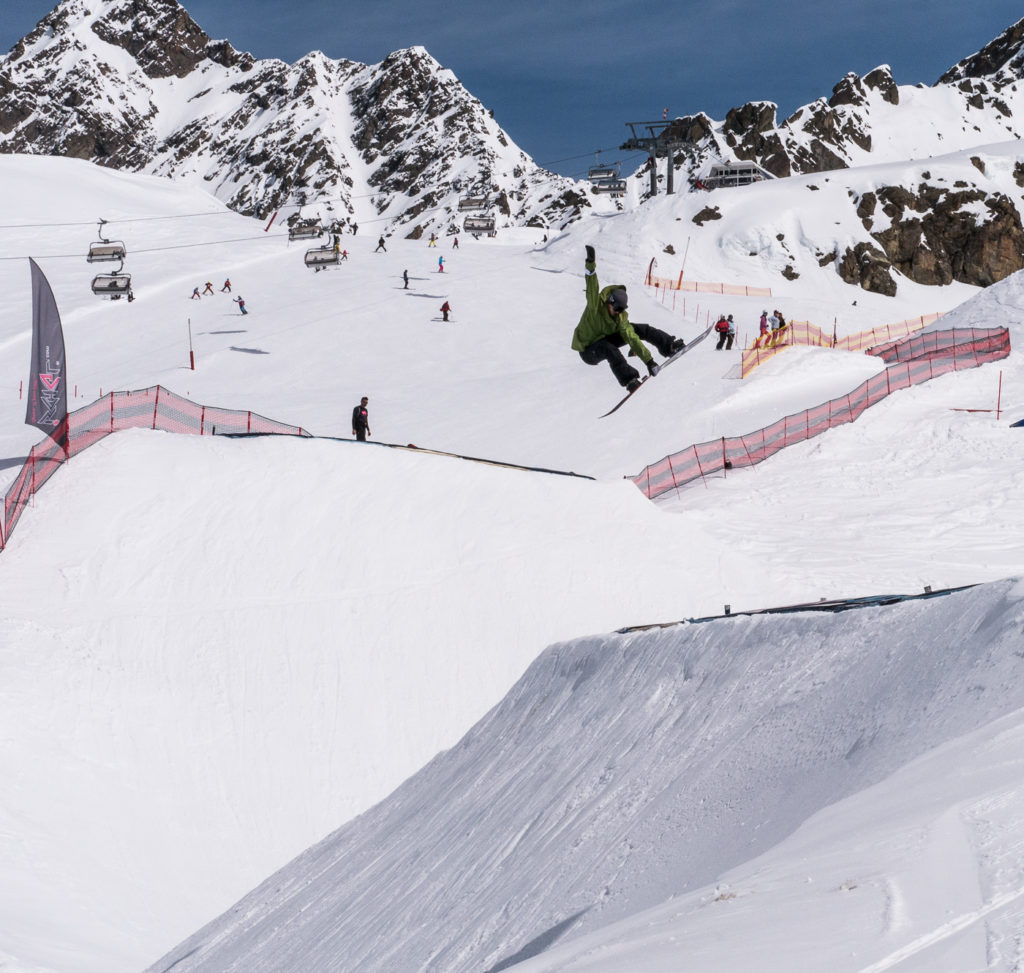 Alex Walch adding some air miles to his most airtime victory. 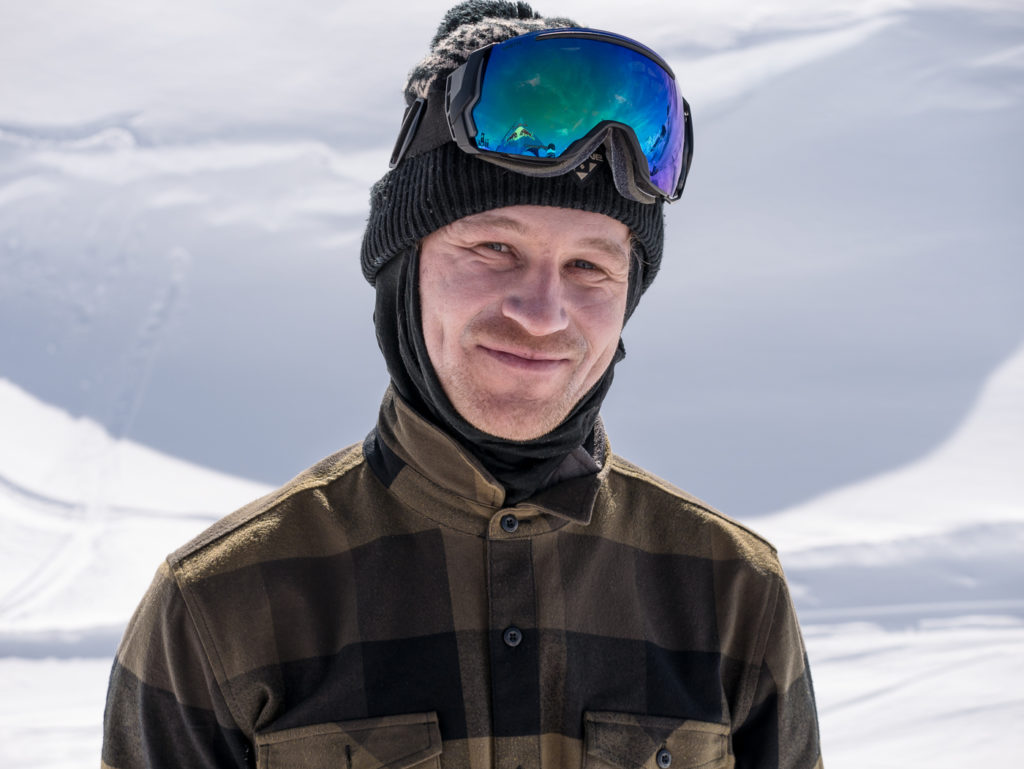 Elias Elhardt “I really like the idea, it’s a great excuse to meet everyone, good vibes all round.” 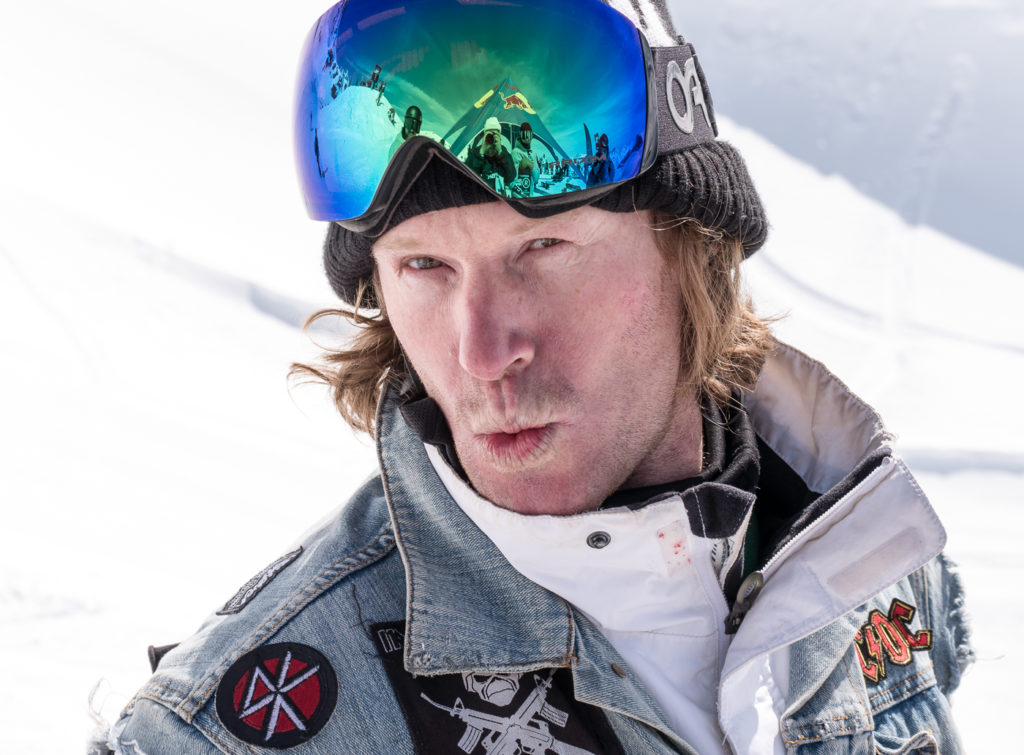 Xavier Hoffman “It’s epic, for me it couldn’t be better, this reunion has brought together all the people you would never really see on one spot- we are talking about kids, injuries, and it’s like nothing has changed. Everyone has the same free spirit and everyone is a happy person. It’s like being in the first European opens, the vibe is the same” 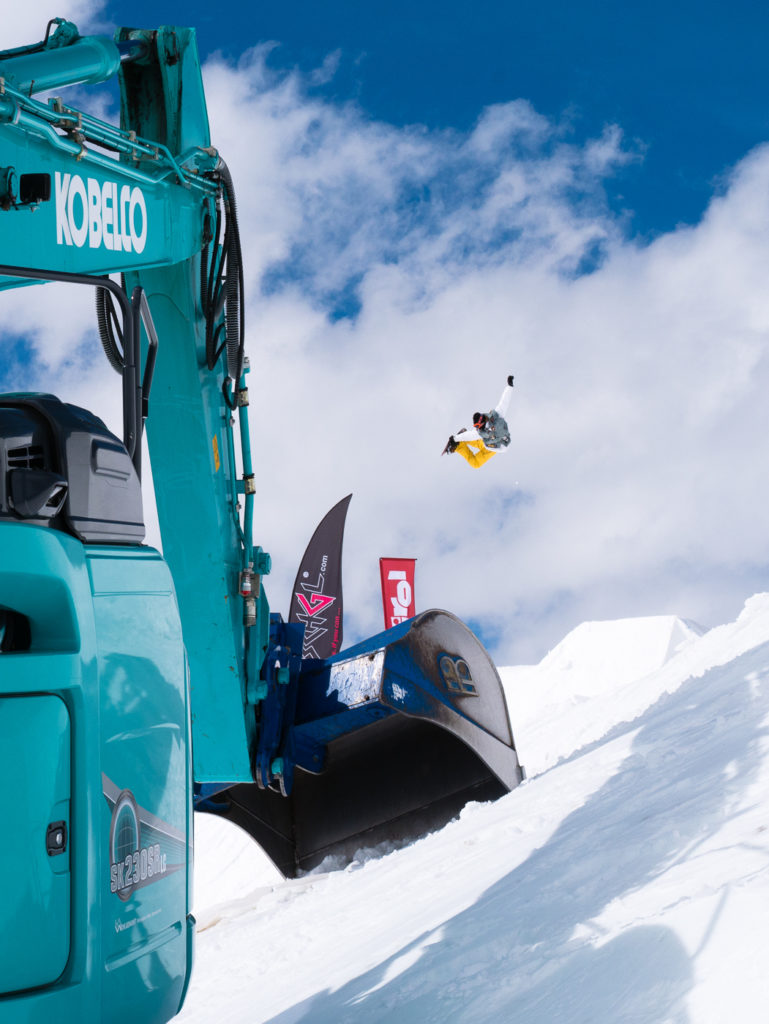 Xavier Hoffman consistently boosting  and was stoked on the event. 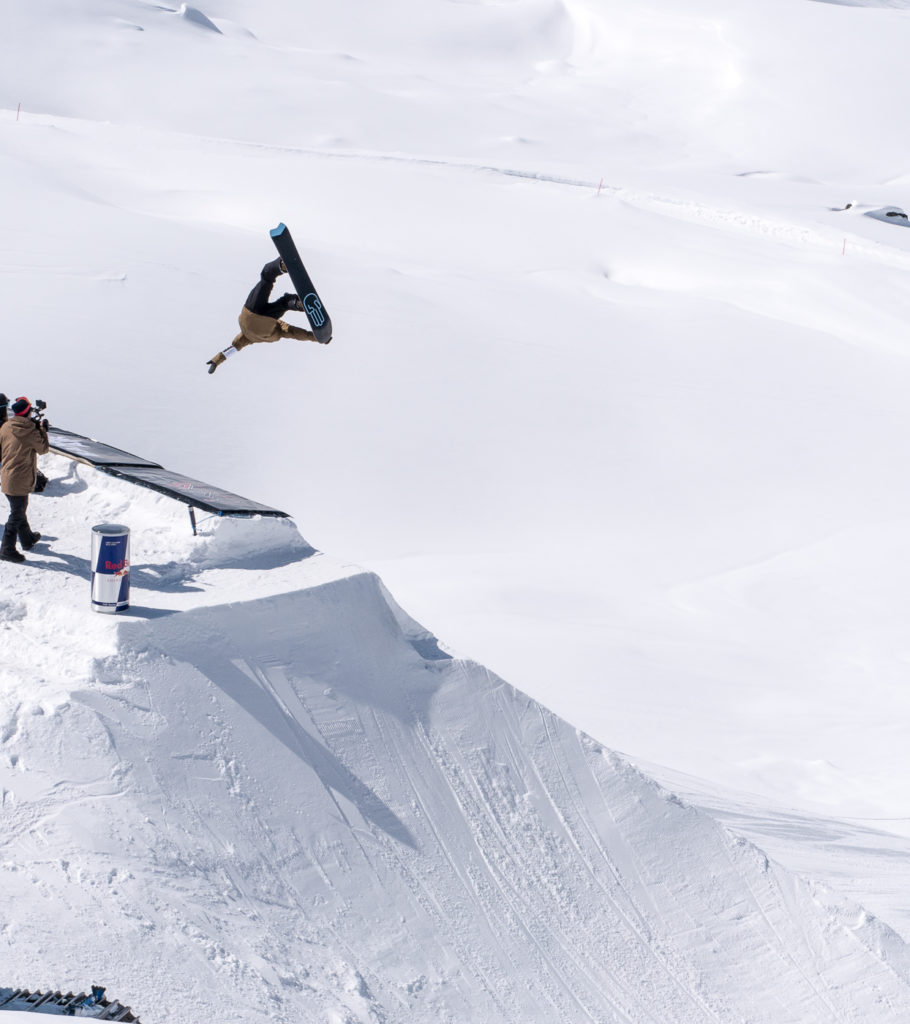 Tyler Chorlton was on fire, as were the other members of Andorra Air. 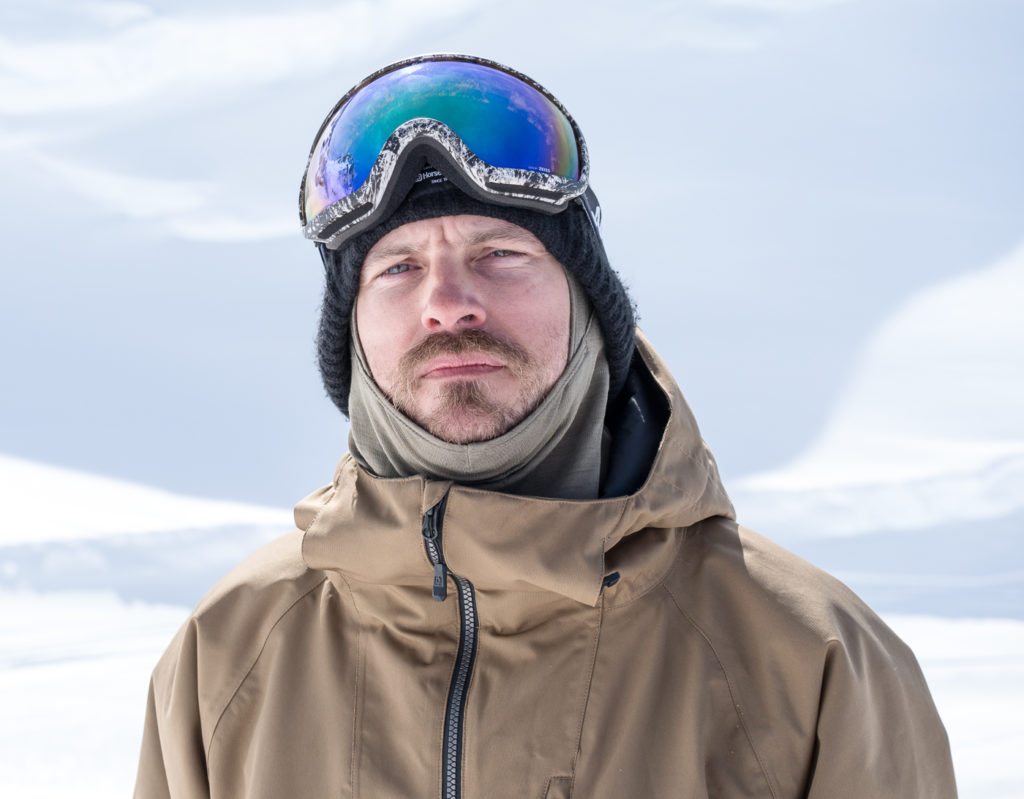 Tyler Chorlton “It’s been sick, so good to see everyone from back in the day. I’d like to see the event continue and more of the old dogs ride and we carry on the fun”. 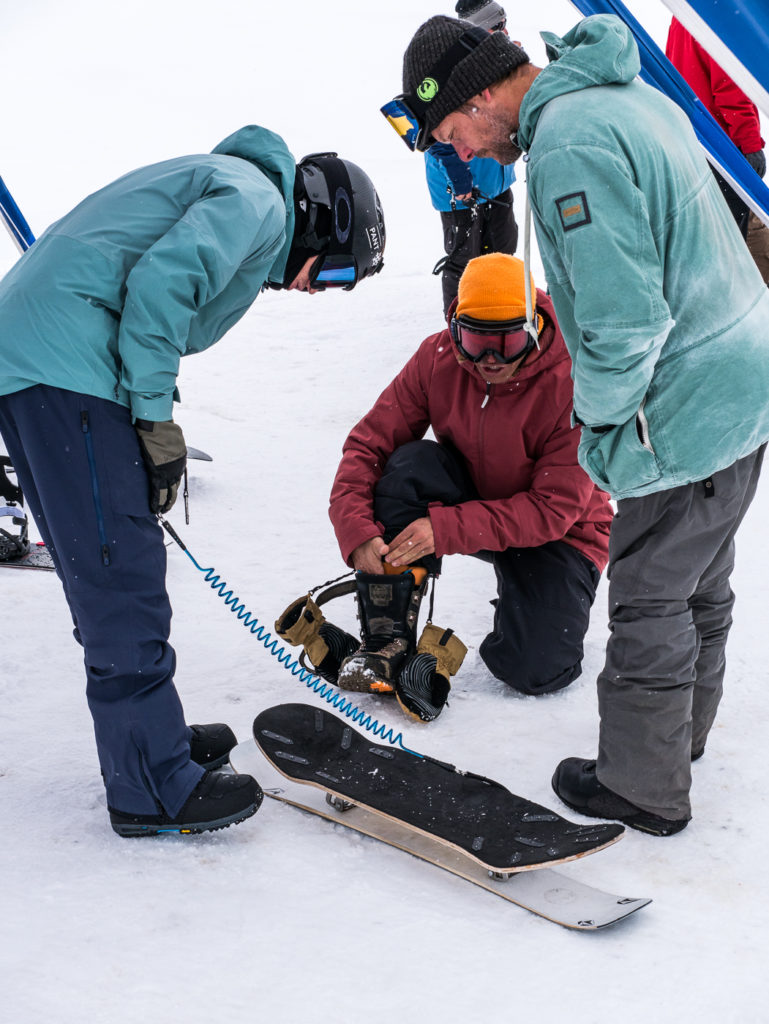 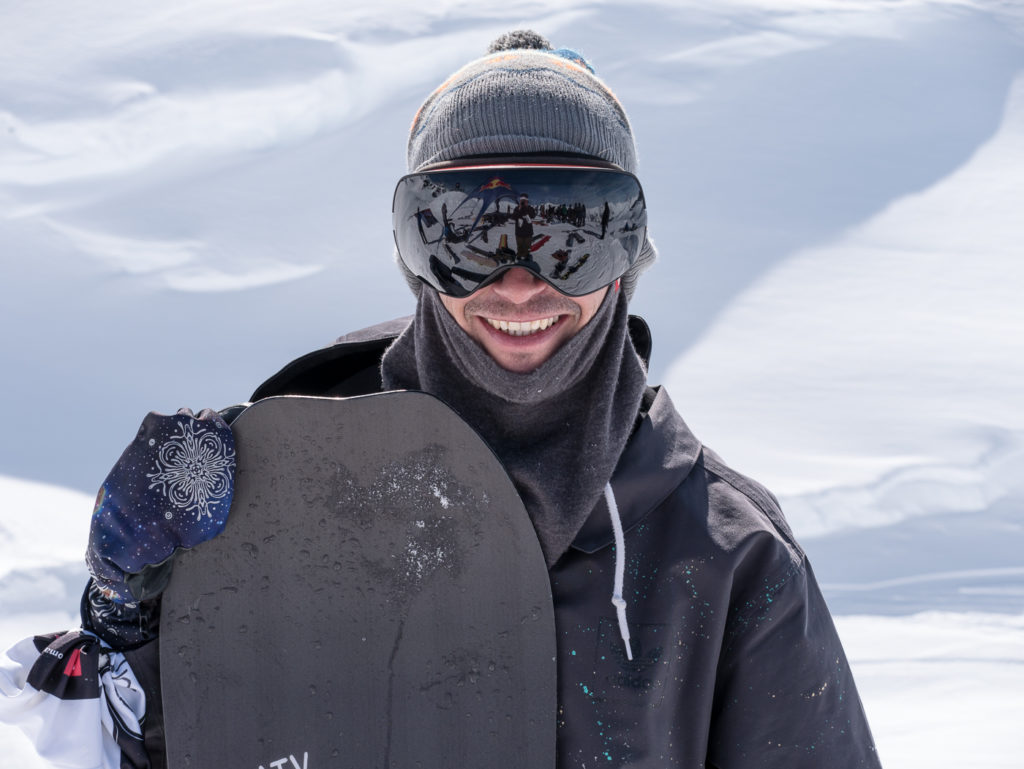 Gigi Rüff “All the elements are coming together for a challenging but a fun event.: 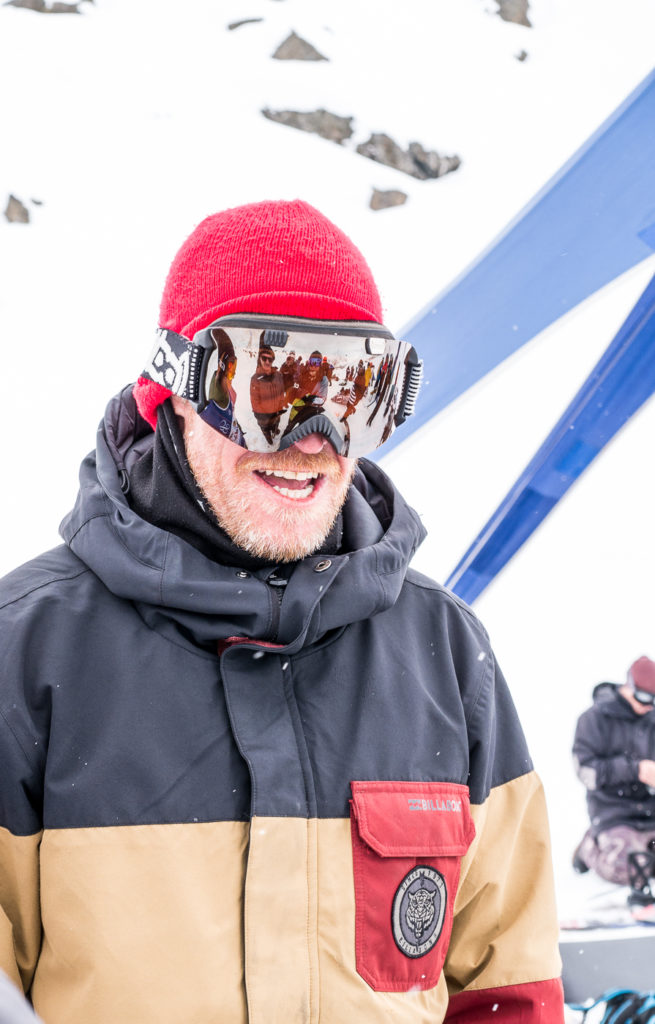 Steve Gruber worked his arse off shaping the course and of course showed he is still one of the best riders around today. 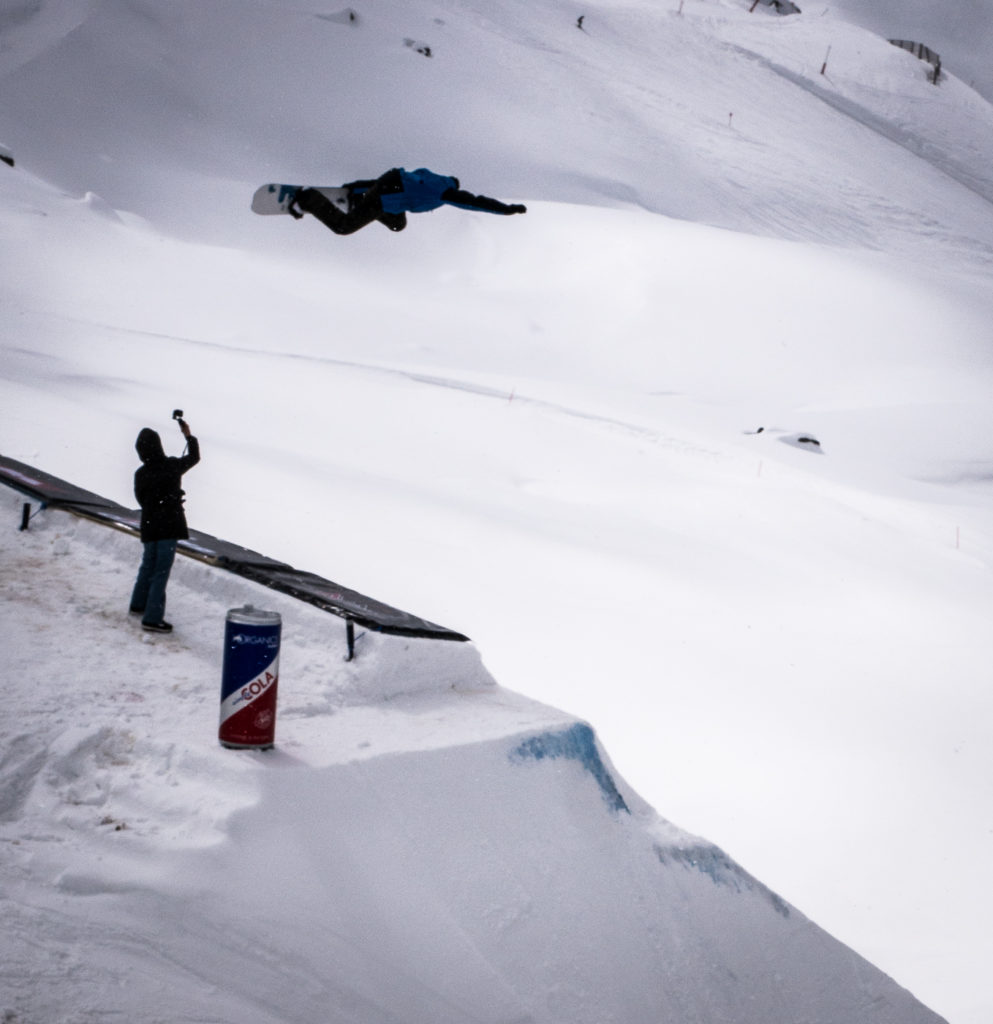 Ton Ton was one of the many legends in attendance boosting. 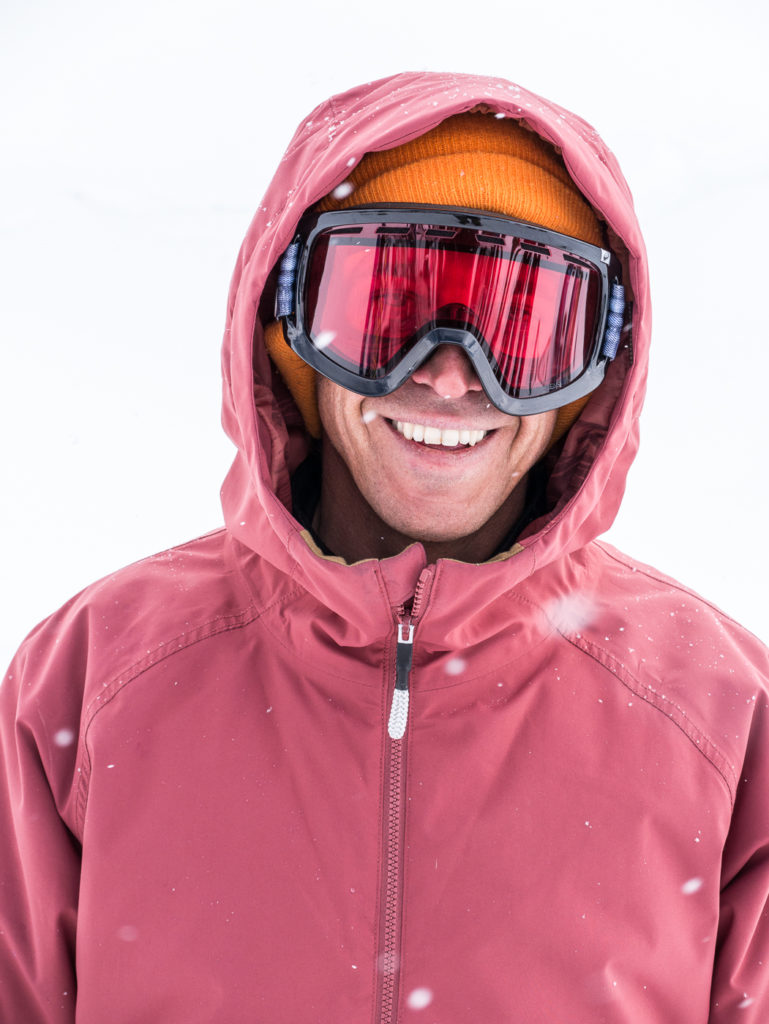 Wolle Nyvelt “It’s a rad gathering and a new system, klaus is so good at creating great events that attract the best riders in a good atmosphere event” 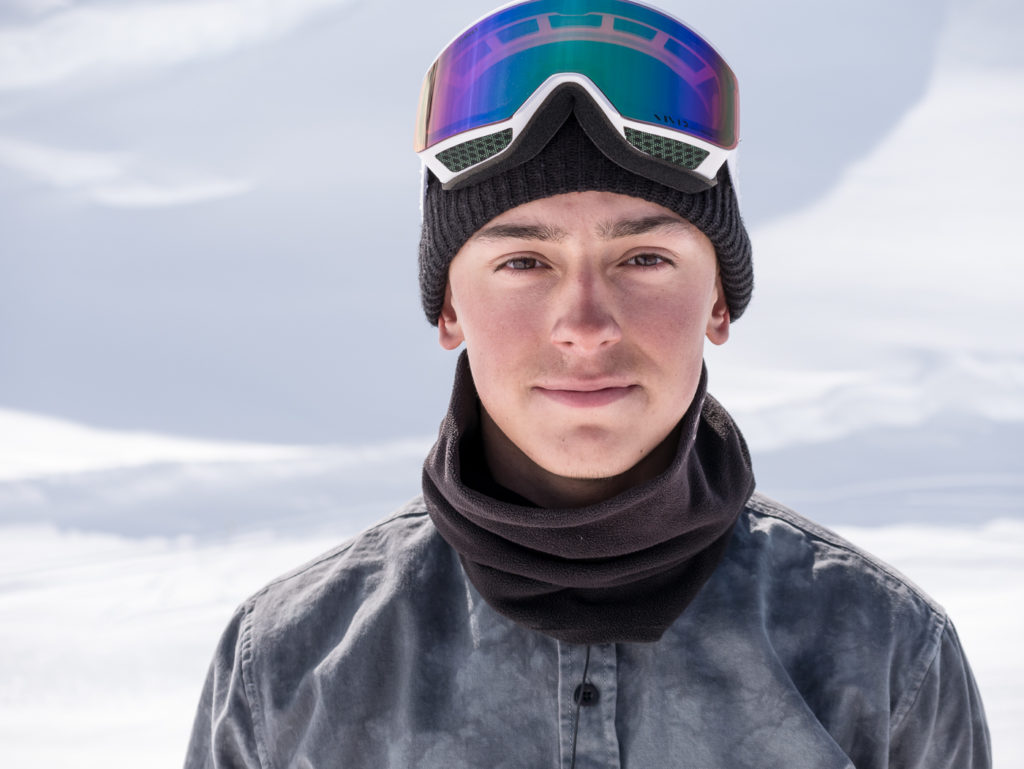 Chase Blackwell “It’s a lot different to other events, with me being a pipe rider but it’s so much fun, I love riding hips and the course is so much fun”. 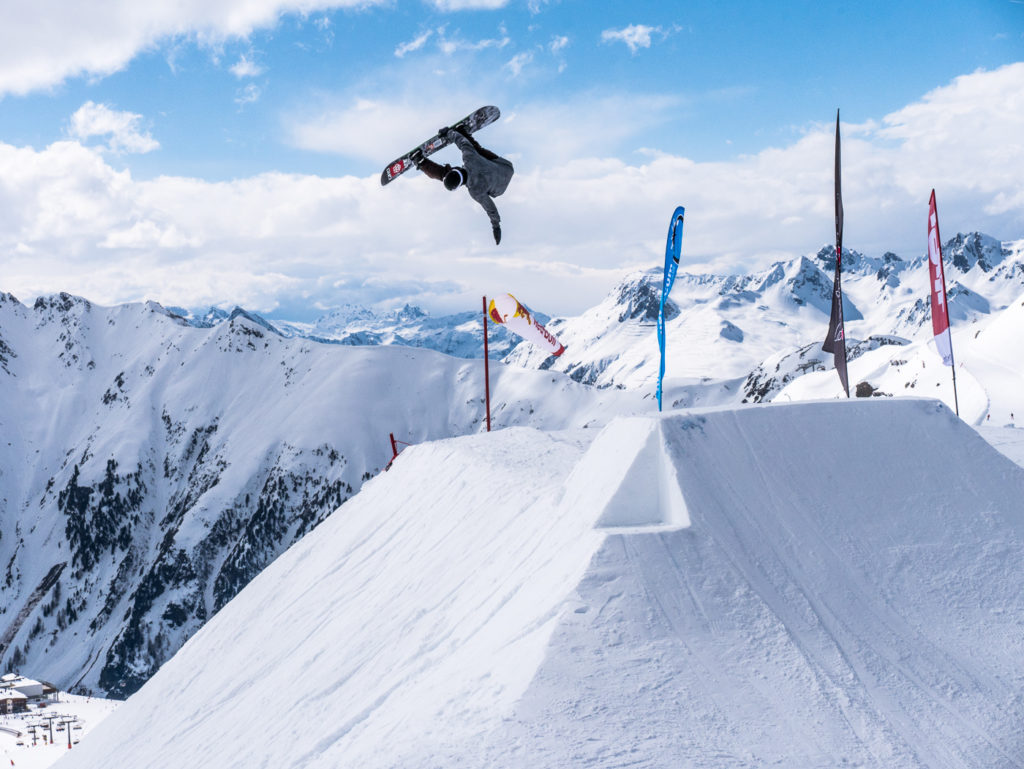 Chase Blackwell is known for his pipe skills but didn’t seem to need any adjusting to kill it at the banked air. 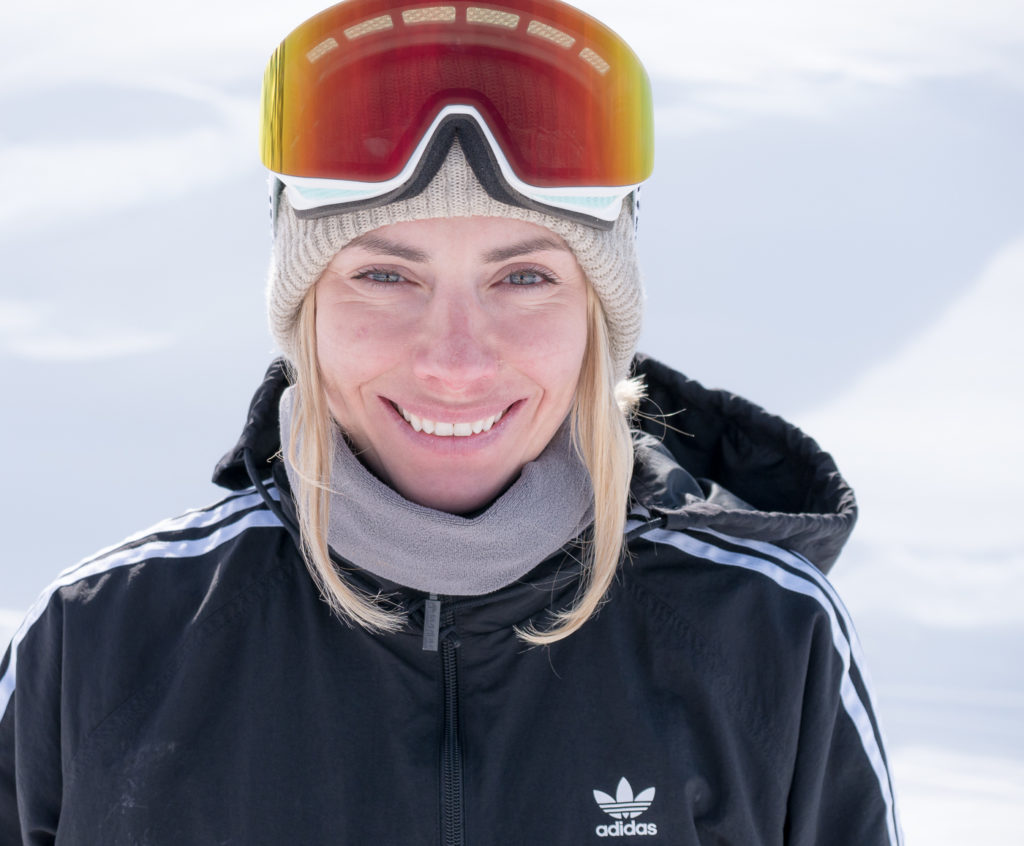 Basa Stevulova “I’m really happy to be here because I haven’t been riding that much the previous years, so to be at event with such legendary riders and good friends is an amazing experience”. 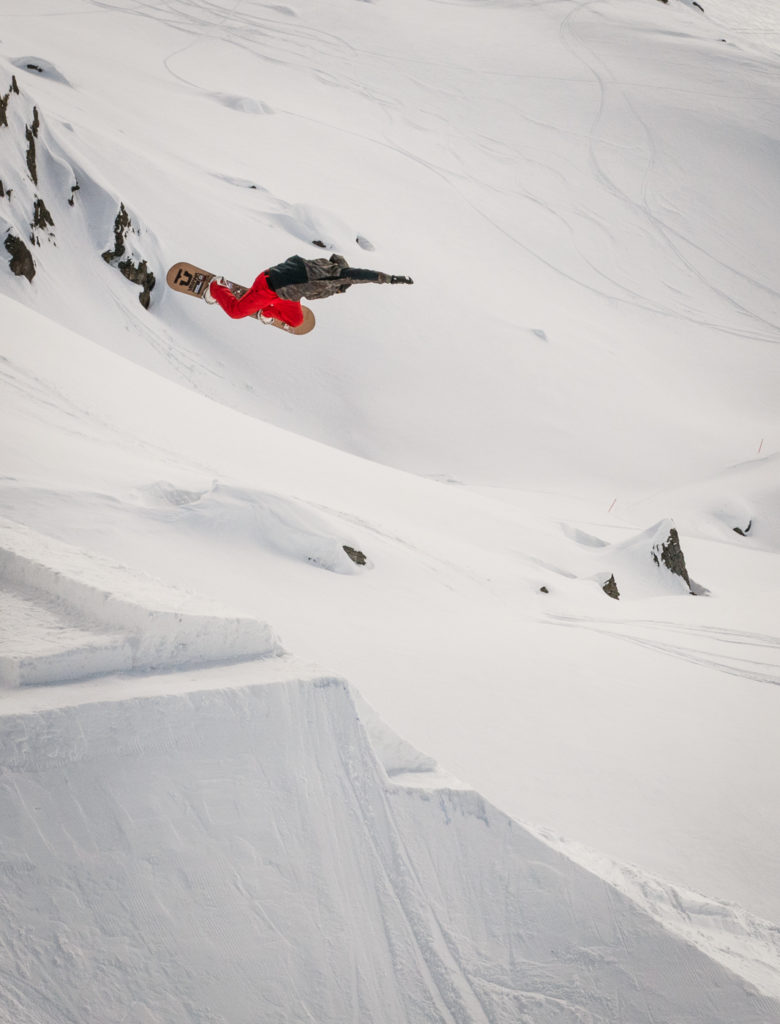 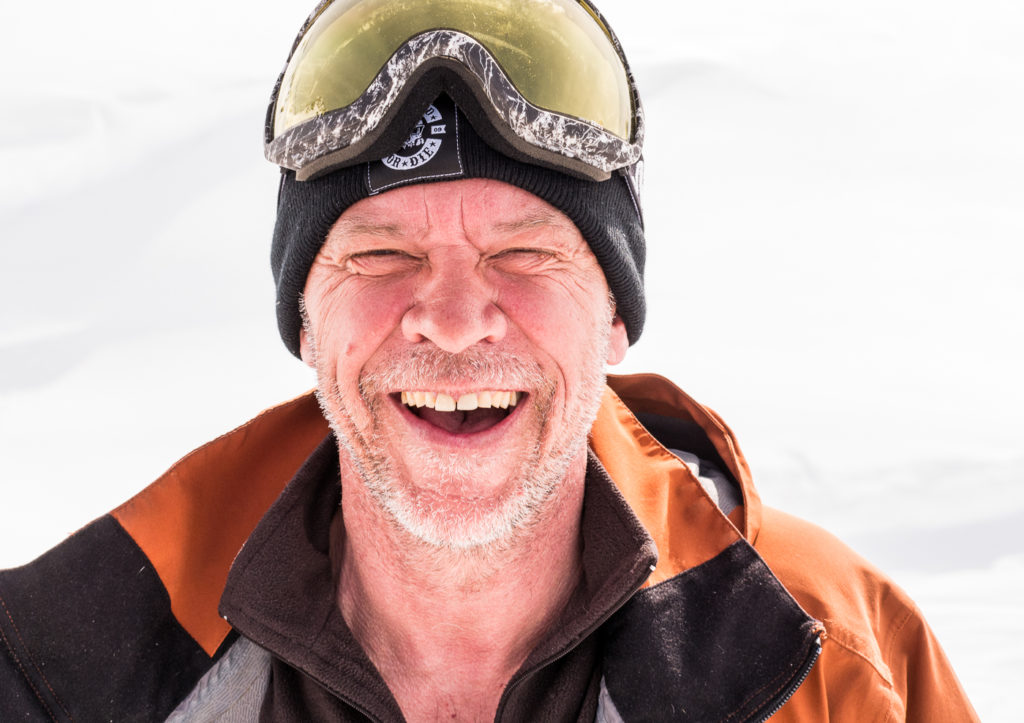 The brainchild of SPC and The Ischgl banked air. Sometimes chaotic, but forever passionate. The man, the legend, Klaus Marko.

Thanks to Ischgl, Klaus Marko, all the riders and the Ischgl Banked Air crew, for putting on such a unique and fun event.
All Photos @tomkingsnorth