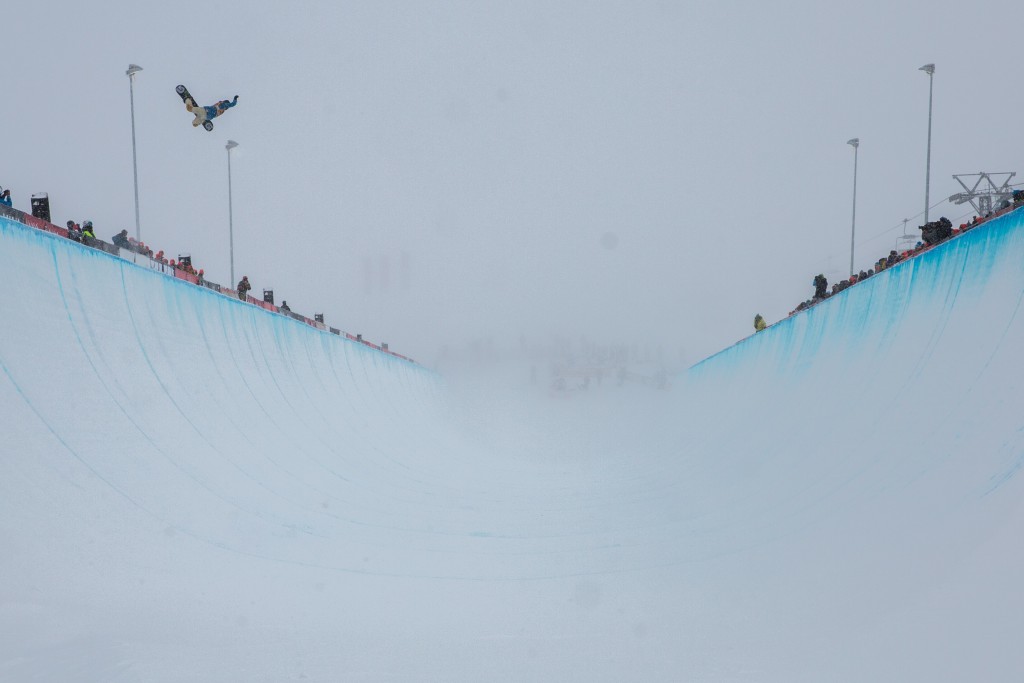 The constant snowfalls and flat light have caused a headache for the organisers of the 16th annual 2015 Burton European Open. Luckily though, Laax’s state of the art superpipe came with lights installed, which provided sufficent light for the mens and womens eliminations.

With a good mixture of veterans and young guns of all nationalities in attendance, it was hard to predict who would do enough to make it through to Sunday’s finals. In the end it was 16 year old Jake Pates, who qualified in first with his run of 84.50 points, with iPod and Taylor Gold settling for 2nd and 3rd respectfully.

In the Women’s, anticipation levels were on overdrive as last week’s X Games Halfpipe gold medalist Chloe Kim and pipe megastar Kelly Clark would yet again go head to head for a chance to go through to sundays finals. They didn’t prepare for Spain’s Querralt Castellet though as she grabbed the top qualification spot with her run of 71.25 points. Kelly Clark and Chloe Kim were no doubt happy with their 2nd and 3rd placements.