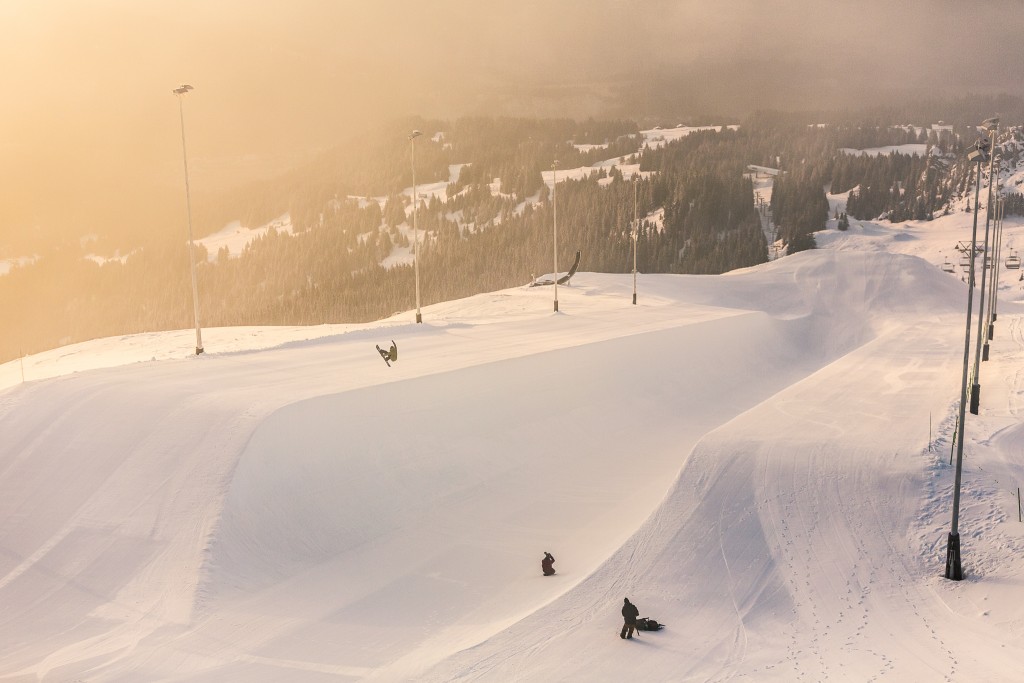 Spring is officially here and with the contests over for another year many riders are suddenly unsure of what to do with themselves and their empty schedule.  Sina Candrian took the opportunity to invite some of the best female riders to her home resort of LAAX for an all girls shoot and coaching session. Kelly Clark, Spencer O’Brien, Kjersti Buaas, Chanelle Sladics, Queralt Castellet and Klaudia Medlova made the trip to Laax’s incredible set up where they met up with local talents Elena Könz and Ursina Haller.

“I didn’t want to organize a contest because you’re much more free during a session”, explains Sina – who has been at countless events as a rider herself. “You can adapt to the weather, take a break if you want to, or send it the whole time. And there’s no competition, it’s all about riding together, getting inspired, and pushing each other. We already attend enough contest, but taking sick photos and filming gets lost too often throughout the season.” 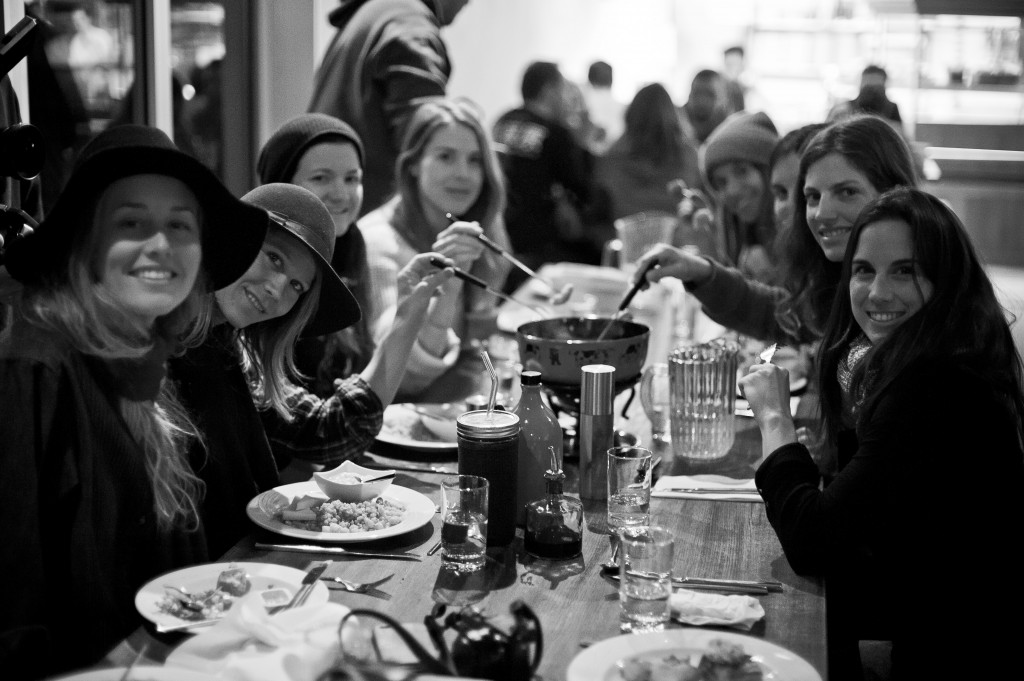 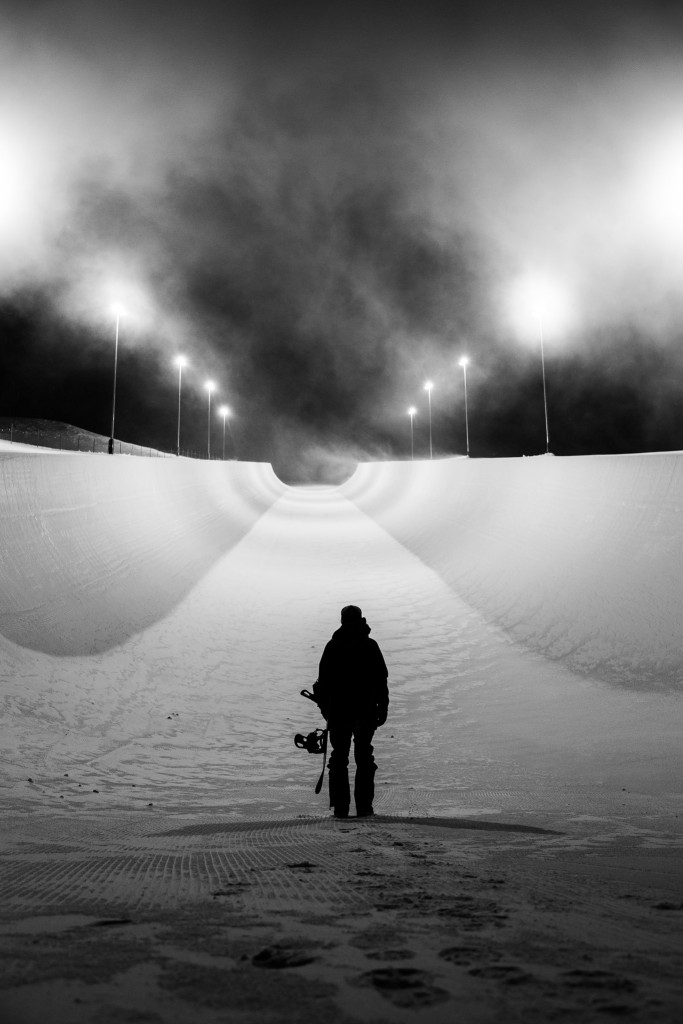 The weather stayed good as the girls got a chance to do something that escapes most pros, ride for the sake of riding. With no contests or serious photoshoots, the girls had the opportunity to take advantage of riding until sunset and amongst like minded female riders with different riding styles. Kelly Clark, Queralt Castellet and Ursina Haller made the most of laax’s impressive superpipe whilst Kjersti Buaas, Elena Könz, Sina Candrian and Klaudia Medlova held down the kicker line and rail features. 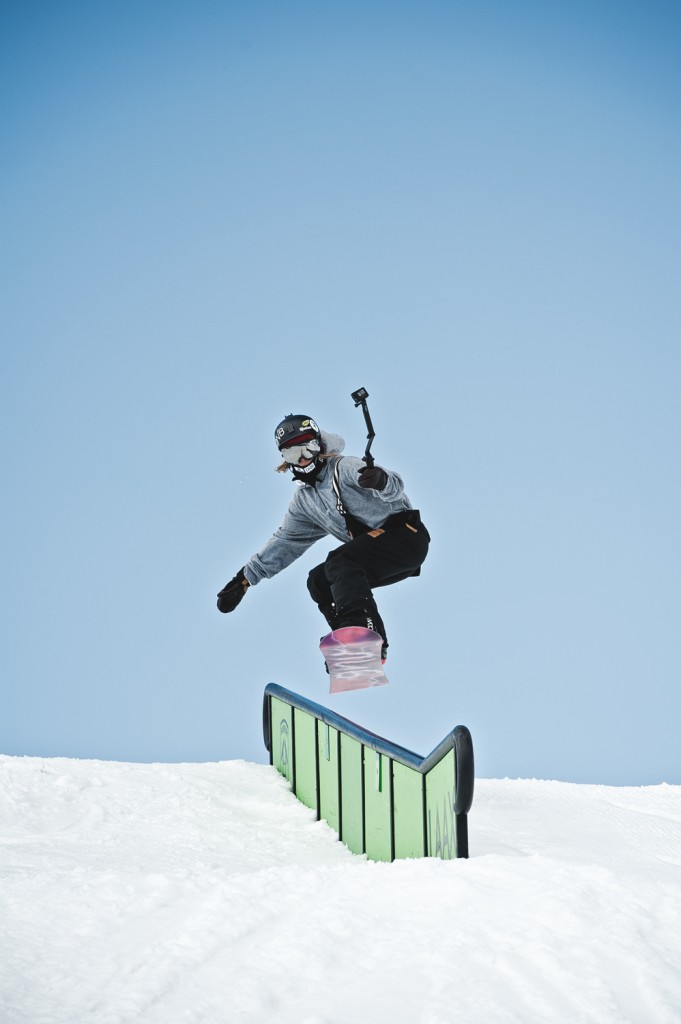 The girls invited 16 local schoolgirls, aged 7 to 13 to join the crew for a day of coaching and shredding. Undoubtably the youngsters were hyped to get the opportunity to receive advice from riders they saw duing the Burton European Open a few months prior.

Recapping the event, Sina hopes that she can turn the Ladies Session into an annual event and is already planning the next years session, “This year I invited 8 riders, but I hope the session will be bigger next year – and who knows, maybe we’ll even invite some male riders. We’re pretty tolerant haha.”