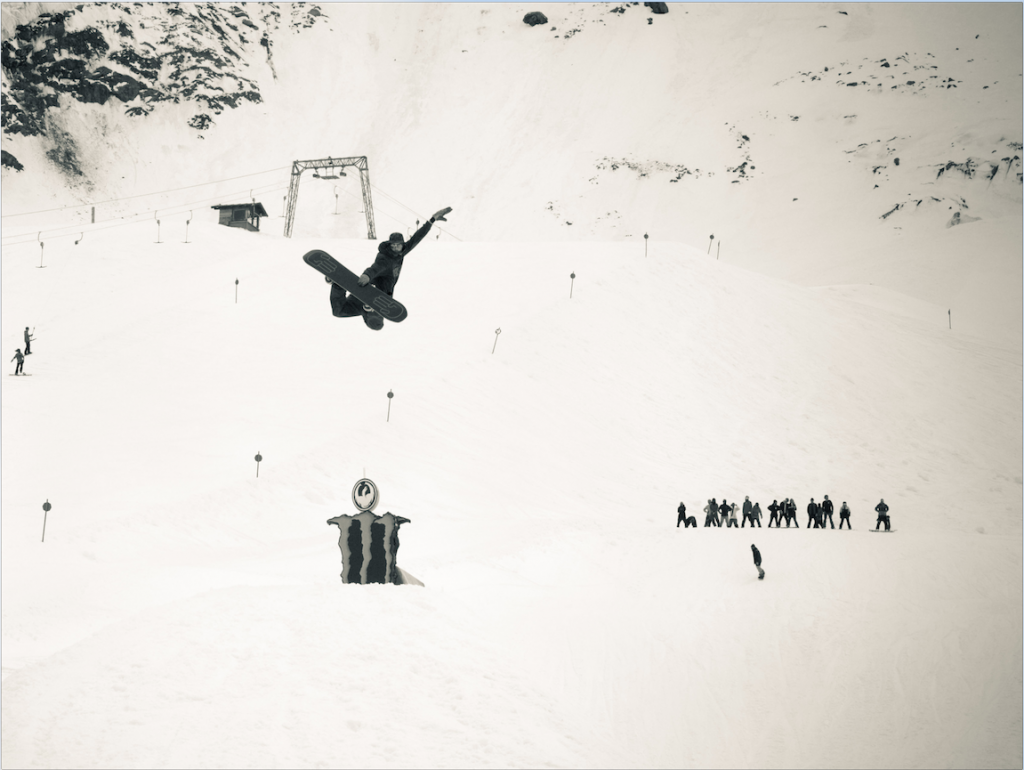 What originally started as a closed industry event has grown over the years and become the Snowboard Spring Break. Now fully open to all, the week attracts pro snowboarders, brands, retailers and general members of the public who all congregate at the Kaunertal Glacier for one final shindig before the summer.

Besides board testing, industry minglings and late night after parties, there are daily events that are always guaranteed both a good time and great spectacle.

First up was the Whitelines Rail Jam, which has been a pinnacle event of the test for years. With a heavy amount of both UK and European pros in attendance, such as Will Smith, Dylan Norder, Ollie Dutton and many more. Whilst some of the Whitelines filmers found themselves in precarious situations due to their chosen camera angles, the contest was sick. The riders were separated into either the blue or the red team, headed by Dylan Norder and Will Smith respectfully, then each team captain picked out the remainder of the squad, similar to bygone lunchtime football matches at school. Both teams threw down for well over an hour and it was up to the assembled crowd to vote on the winner. After a showdown of epic proportions, Team red were deemed to be the best on the day and were crowned the 2015 Whitelines Rail Jam Champions.

Monday brought us the much-anticipated Dragon Methodical Madness, held by a collab between Dragon and Monster Energy. In a tweaked format, the idea was simple to go as big and technical as the purposely-built hip would allow for. The competitors were a mixture of legends in the form of Steve Bailey, Tarquin Robbins, James Stentiford, Ed Leigh, current UK pros and snowboard royalty, Gigi Ruf and Arthur Longo. Riders of all abilities were encouraged to launch themselves off the hip for the chance to win on the spot prizes from Dragon and Stance, whilst Monster Energy provided the barbecue and beverages. With everyone going bigger and bigger as the contest progressed, UK newcomer George Scott walked away with the gold. 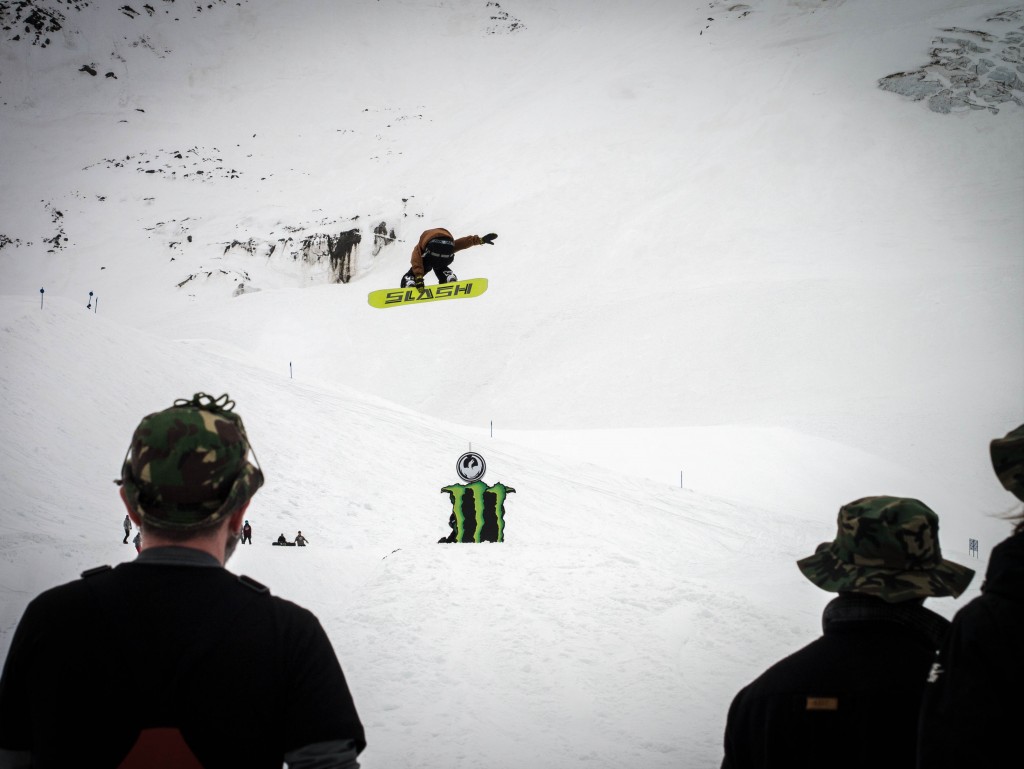 Gigi rinsing it as the judges look on.

The last event of the week and perhaps the most obscure was The Thirty Two Piñata Merlmelad. In a truly unique contest format, riders were dressed in Mexican attire and given tequila to quench their thirst, as they attempted to smash open the Piñata held at the side of the kicker. Whilst there was no overall winner, riders went home with thirty-two goodies, cash and of course Mexican hats, ponchos and tequila.

The Spring Break is quickly becoming the most anticipated week of the season for many and attendances are growing yearly. A great way to try fresh product, get loose on the dance floor, watch some fun contests and get riding yourself. We will be back next year.