Over the last few years Christian ‘Hitsch’ Haller and a few close friends like Stephan Maurer and Kris Lüdi have been quietly creating some of the most original and understated video content in the world of snowboarding. They see beauty in what many people consider uninteresting, or have never even considered at all. A simple powder turn, a hand letting go of a grab. Things like these are often overlooked in lieu of the highest air or perfect landing, but not by these guys. With their films they call our attention to these details in a delicate and beautiful way. They simply let the riding speak for itself. Each project leaves the viewer with their eyes a little more opened to how rad snowboarding is, and usually with a desire to go riding immediately.

The latest offering from this trio is titled GLUE, and my god it’s good. It’s a snowboard film, but at the same time you could easily consider it a piece of art. Not just because it’s sort of artsy, but because every single aspect of this film has been highly considered and the viewing experience is utterly unique. You can feel just how much care and attention have gone into its production. A lot of care and attention goes into any snowboard film, but this is just… different. Every single aspect has really been crafted together from start to finish. The filming, the riding, the music and the editing are all so well matched that the collective result leaves you instantly hooked, unable to look away. If you haven’t seen it then I’d recommend you do. I watched it three times in a row.

We were lucky enough to run into Hitsch in Stubai the day after the film was released and couldn’t resist cornering the soft-spoken Swiss to ask him a few questions about the film and his creative process.

So, GLUE. Tell us what it is.
Glue is of course a visual project. Yes its artsy, but its also kinda not. It’s mostly about translating the feeling I get from snowboarding, and hopefully the viewers can put themselves in my role and really feel the intensity and the fun of what I do. I really want people to understand my point of view of snowboarding and what I’m doing, and I think that’s really important. I ride contests and do my technical stuff there, but I don’t want to do it all the time. The night run in Japan was so fun, it’s simple but nice and to me that’s an important part of what snowboarding is all about. Contests are fine and good and necessary, but the simple things are necessary to me too.

There’s a very consistent visual feel and vibe to your films. What was the process like for creating this one? Do Lüdi, Mu and yourself share a similar creative outlook on things or is it a combination of all of you?
Well all of the projects are conceptual, so you’re going out with a game plan. The second closeout section was shot in two days and we only went out to shoot that. So I think if you have an idea in mind you really have to follow it in order not to waste too much time. We didn’t have much time to film this, only 35 days or so, and when shooting follow cam it’s really time consuming. You have a lot of days that you don’t get any shots. As far as the creative process goes I would say that each of us contributes in our own way. Stephan is the best filmer for me; he has a lot of board control and is probably the only guy who can ride in front of us with that amount of speed and get good shots. Kris has a huge creative influence, we’re actually roommates and good friends. I think we have a sort of similar taste in a lot of things. Of course he has a huge influence in the cut, he’s a really good editor and a good director. I have my ideas, he has his ideas and we sort of merge together. We have also had tremendous help from the Hillton office who are a collaborative of creatives. We ask everyone’s opinions about everything and get feedback on it, which is great. The cutting is a process that goes on over the whole summer. It’s only a 20-minute film but a lot of thought goes into it. We want to make it as good as we can. We always really analyze the creative process and ask ourselves ‘is this what we really want?’ 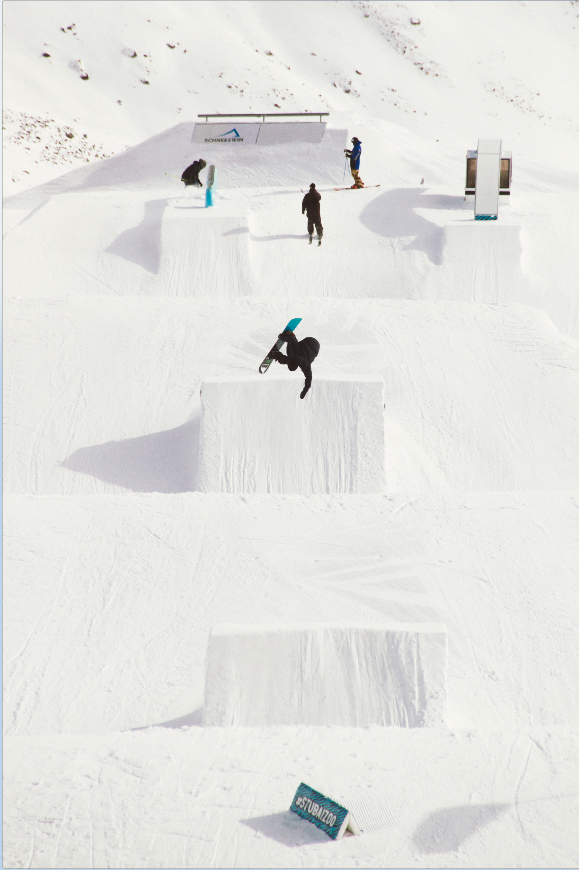 A lot of what you’ve put out over the last few years has been very much… you. We get a very strong sense that we’re being presented with aspects of snowboarding in the way that they personally interest you, rather than just seeing a bunch of tricks that you landed. Would it be accurate to say that?
Yeah I definitely choose what to show but some things are spontaneous too. For me it’s really important to have a second outlet for snowboarding besides competitions, and that’s what these films are. I often felt when I was filming when I was younger that I was not really satisfied with how I was presented. I thought ‘this was not me, I need to do something that’s me.’ So we started with the pipe project (Memoires Memoires). I wanted to do a pipe part because there hadn’t really been one before. I’ve been riding pipe for so many years and that was the Olympic year too, so we did it. It was really enjoyable to work on it. I think snowboarding needs this sort of thing. I’m fortunate in that I get a lot of freedom, I can really do whatever I want to do with my projects, I have that kind of trust with the people who support me which is really nice.

What was it like filming those follow cam lines in BC in the opening section?
It’s a constant dialogue. It’s a whole different situation to regular filming. Getting snow on the lens or crashing into each other, these things happen a lot. The hard part is choosing lines that work for the riding I want to do, and that will also work for Mu to be able to concentrate on filming. We struggled with it and made the best out of it. We can definitely do it way better. It’s about how much time you have. It’s challenging but it’s always worth it when you get the shot. Getting a good follow cam shot gives me so much joy; it’s such a reward for so much effort. I was lucky that Mu was already familiar with the process from shooting for Korua and we’re really close friends so it was kind of a no brainer having him involved. He was so helpful. But yeah the first trip was super challenging, we went to Canada and there was snow but not the greatest snow, we really worked our asses off and hiked a lot to get those shots. 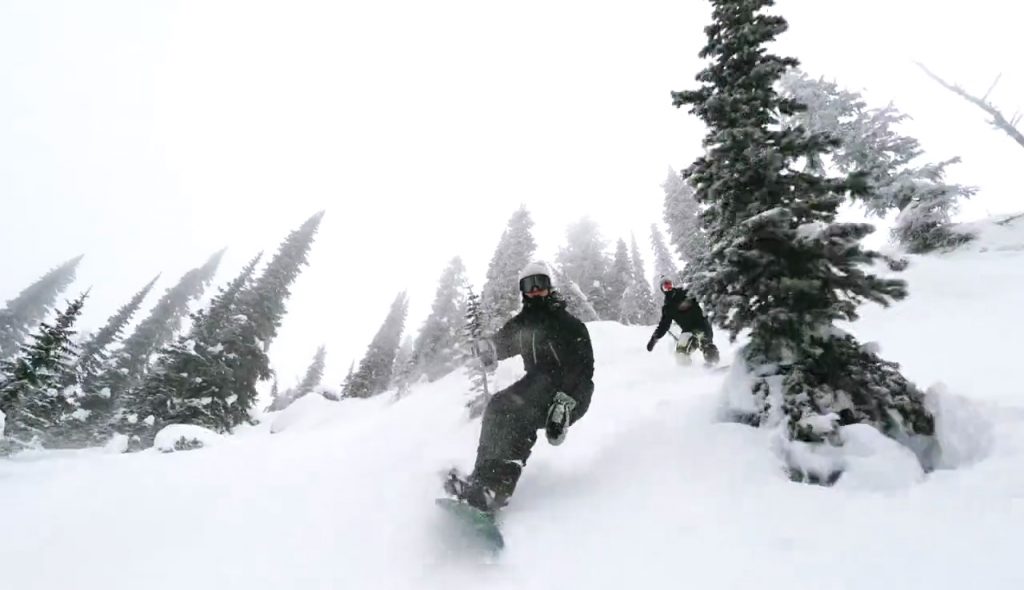 Mu getting followed by Hitsch and the DBK.
Photo: Glue

Do you ever film steady cam?
A little bit but basically nothing. Lüdi filmed some. We had a few other contributing filmers like Nate Avila who was shooting when I was on a Giro trip. I was shooting mostly Video8 and 8mm while travelling which was a lot of fun for me, just filming random things.

The music is fantastic; each section flows so well it’s almost hypnotic. How did you settle on the tracks that you used?
When it comes to picking the music I think it’s really important to have a sense of what each part is. Like if it needs to be fast and entertaining, or slower. The riding might not be the most next level but combined with the right filming perspective and a good track you can get a whole lot from more regular footage. We liked to play with having quite intense tracks and then having slower and deeper ones for the slo mo sections. They kinda slow the viewer down, but then you have to pick them up again. That’s why we have a lot of cuts between parts with some small voices or some sort of transition between one part and the other. Good transitions are really challenging, but when they work they give the whole piece way more flow. We really tried to think about matching everything together. For example the followcam in the pipe with the quite intense song, it’s not the nicest song but you need it to get peoples attention if the section before put them to sleep. Of course we like certain tracks a lot. Like the ender part and the black and white pipe section, they really match the vibe. I have to say that Kris is really good at that stuff.

Were there any main influences for GLUE, creative or otherwise?
Nothing really specific. Of course Mu’s project with Korua had an influence, as well as our project in Japan last winter (Miyago). I’d say the film is more the result of a natural progression from the things that we’ve done in the past. I’m also a little bit obsessed with really showing the feeling of snowboarding. That’s what Spuren was about, the photos much more than the video. It was really my intention to portray that feeling somehow and to keep it entertaining and not boring, like ‘oh whatever it’s a bunch of guys just riding a slope.’ Guys like Craig Kelly and Terje, The Haakonsen Factor, skate movies and surf movies are all an influence. Flow, it’s all about flow. I want my riding to be about flow too. All of these things have influenced the film in their own way.

You’ve made a lot of really good stuff over the last few winters, both moving and still. What’s the best response you’ve ever had to your work?
Anyone who has got in touch and has basically got what we were trying to do. The biggest compliment that you can get is when people recognize the points you were aiming for and can say that it made them really want to go snowboarding. 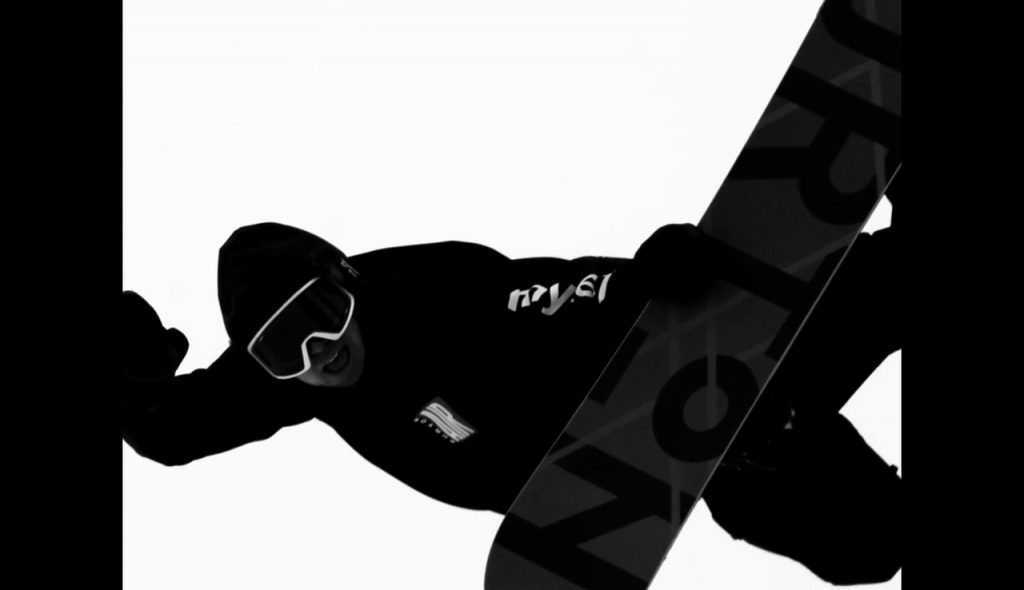 Do you have a favorite piece of work that you’ve done over the last few years?
They’re all pretty different so it’s hard to compare, but maybe this one. Yeah, this one.

Will there be a GLUE 2?
We’ll do something for sure. No specific plans but its really cool having such a good crew of people around us. I got lucky to be with people who know how to do what they do. I don’t have to worry about them and can rely on them completely, and that’s definitely special. We probably won’t do exactly the same thing again, but something will pop up for sure.

I didn’t want the film to end. I just thought I should say that.
[Laughs] Thanks, I really appreciate it!

You can see the full movie of Glue here.
Interview and Stubai photos by Theo Acworth