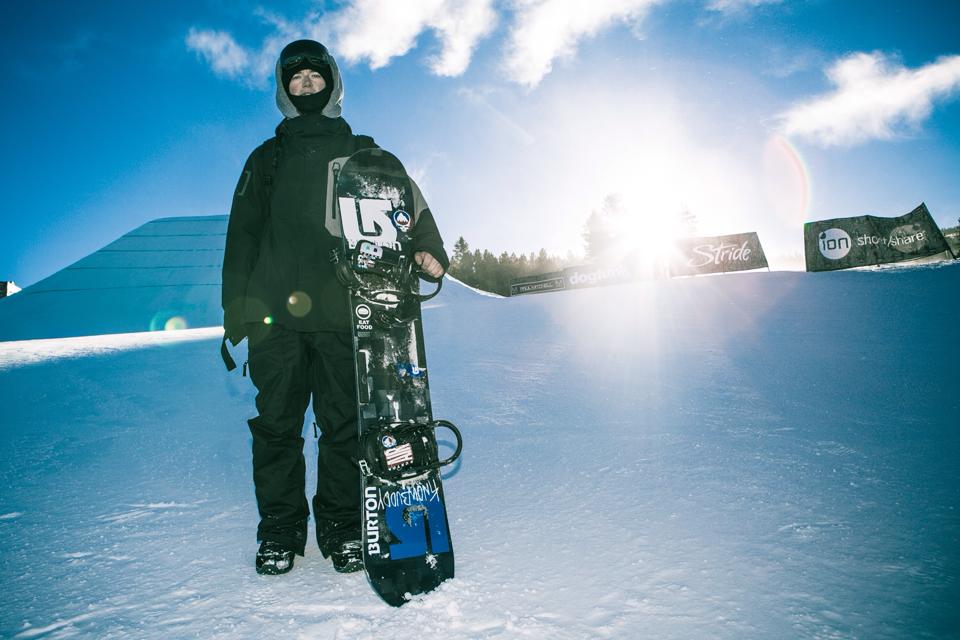 What is your exact job description?


I am Team Manager for Burton Snowboards, which means I work with Bryan Knox (Boss), Dave Driscoll (Global TM), Hasi (Euro TM) and Kosuke (Japanese TM) and together we manage the Burton team and everything that goes along with it.

That sounds a little bit like getting paid to ride with Danny Davis, Terje and the rest of the team, what are your other duties apart from that?

My duties specifically include but aren’t limited to;  all product needs from segmentation to daily product orders etc., athlete support at all major events, supporting the team riders in any way they need from booking travel to having custom products made for them when necessary, working with our media team setting up trips to shoot content for our movie projects, full on video shoot production for our spring park shoots, stuff like that. It’s fun.

In terms of riding with the team, well… basically yes, but more often than not we’ll all be on snow together and they’ll be doing the riding, I’ll be doing the “managing.” There are always epic days though when it snows “too much” for the contest so we just shred pow or down days in between trips when we will just shred and take advantage of our surroundings.  We spend so much time together that it’s either a sink or swim scenario and I feel very lucky to get along with everyone as well as I do.

Are you basically on call 24/7 to cater for riders needs??
Absolutely – but I’m beyond stoked to be. 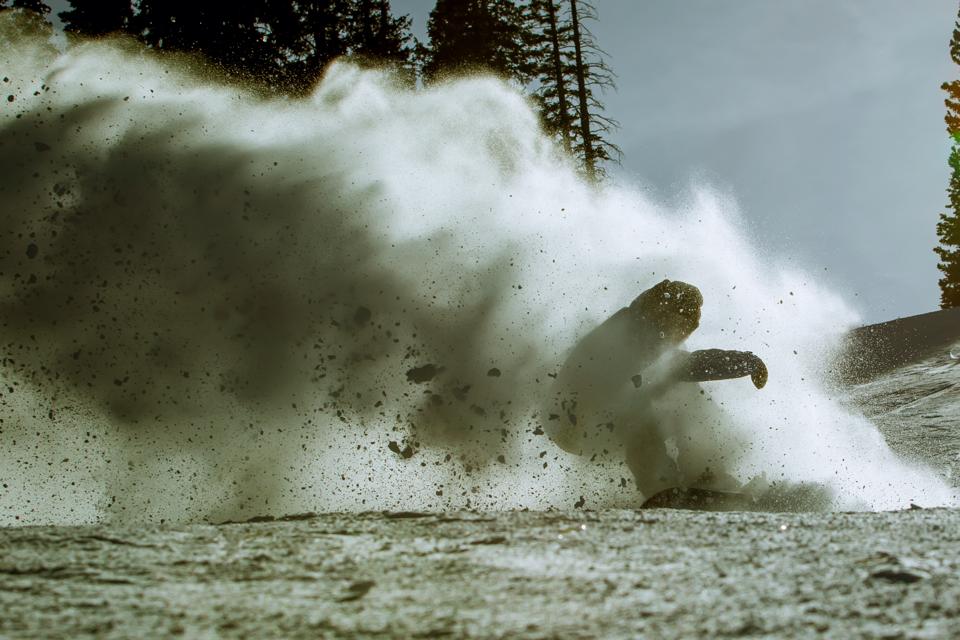 Getting some turns in on the top.
Photo: Gabe L’Heureux

Sounds like a lot of people’s dream job, how does one get a job like that?
Getting this job is not an easy feat. To summarize it in a few words – I fully immersed myself in snowboarding and paid my dues for years in order to get to this position.

I moved to Vermont in 2003 for University with the hope to get involved at Burton. 2 years go by and I met some of the right people through snowboarding and I landed myself an interview to become Brand Marketing Intern. They hired me on the spot, I started the next day and I’ve been at Burton ever since, it will be 9 years in September… such a trip!

I moved up through the ranks of Brand Marketing, running our catalog photoshoots on the product side of things and would work with our team riders on a few shoots a year. I always seemed to have good relationships with the team riders right off the jump, so as time went on it started making more sense that my path led to Team Management.

In 2007 I started the Burton Knowbuddy Program with the idea to bring Burton closer to the core and support grassroots snowboarding in a way that Burton maybe wasn’t at the time. By 2010 I had 45 Knowbuddies all around North America and the program started to take off. It was a good warm up for Team Management because I was full on taking care of these regional kids with product, career advice, video sponsorship stuff, etc. In 2013 I officially became TM for Burton. 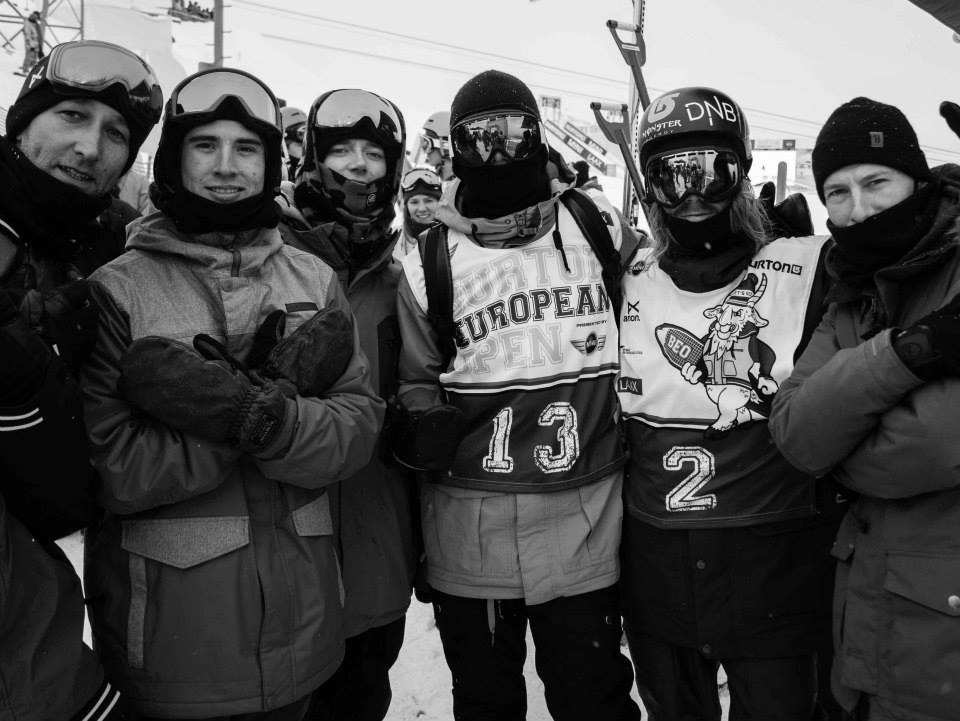 Do you ever ride well  and think, maybe I should sign myself?
Haha! Well to be honest I don’t think we have any room on the team for soggy boardslides and half ass Back5’s on mini park jumps.

What is the best trip you have taken the team on?
I have yet to take the team on a pow specific trip, so I can’t claim like Japan or Baldface yet. There are a few trips that stand out in my mind for sure, the Peacepipe/Peacepark events have been so epic because of just everyone being there, spring shred, insane set ups,  just like really good vibes at those events. BEO last year might have been one of the most memorable contests thus far because of the snow that fell and the pow boardin’ that happened with insane groups of the homies. Most recently I did a trip to Baker for LBS and we stayed longer to film because it started snowing and riding Baker pow with Kimmy Fasani and Ben Ferguson was beyond epic.

Without naming anyone specifically what is the most annoying situation you have had to deal with?
I’m going to have to plead the fifth on this one (which is American for I just can’t really answer that) haha!

How many girls did you kick out of riders hotel rooms in the early hours last season?
I’m pretty respectful of the homies and their personal stuff, like for sure it’s happened when the party goes til 5am and we have a 6am shuttle to the airport, but I’d like to say that I do it in the best way possible.

How many sponsorship requests get passed to your desk in a typical year and what advice do you have for people that want to ride for the Big B?
I get like 3-5 sponsor emails per week for sure. To anyone who wants to be on the team, before you start reaching out trying to get sponsored, check out what’s going on within our team, watch our latest movie releases “Burton Presents” and ask yourself if you are actually on the same level as our team. If you are confident you are – holler. Oh and sorry but if you are a racer it’s just not going to work.

Is there anyone you would like to thank?
Hah! TM thanks, cool – yeah sure, for sure Bryan Knox for believing in me, Billy Allen for growing me up through the ranks of marketing, our Team for being amazing, Zach Nigro for being such a boss, Kevin Keller for being such a good friend and teaching me so much over the past year, Dan Devine for always being the man and helping me out when I’m on the go, Tom Kingsnorth for being the raddest dude and for sure there’s like 100 more – you all know who you are. 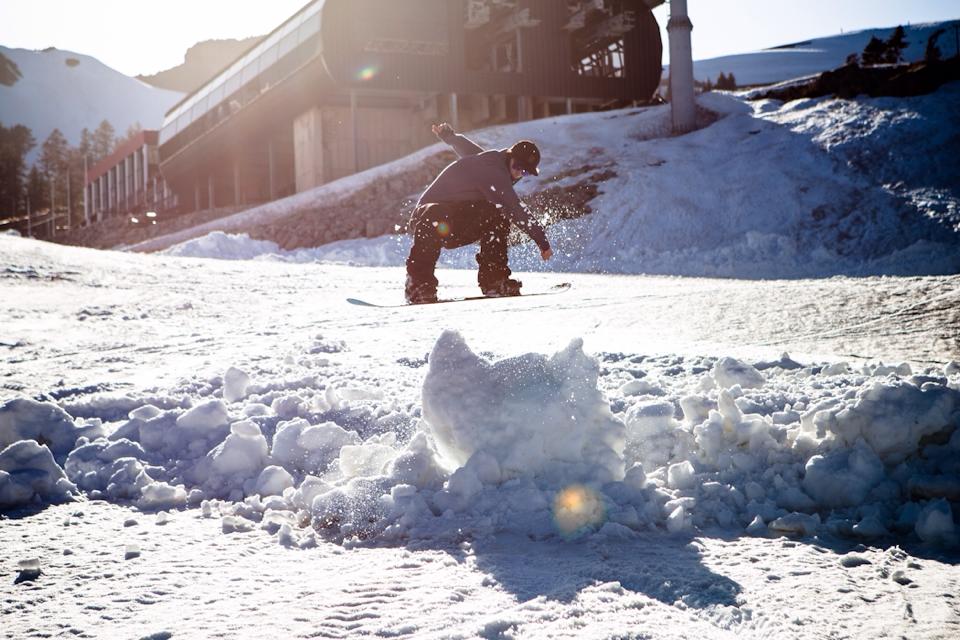