Klaudia Medlova has been competing for the past few years now but this season she has started to put some bigger results into her riders CV and her popularity is quickly gaining traction. Klaudia is best know for her double back rodeos but she is far from one trick pony, which she showed by winning the Ale Invite earlier in the season. Now Medlova has herself a wing woman with heavyweight Spencer O’Brien showing her the ropes, it wont be long before Klaudia becomes a major force on the contest circuit. We met up with her at the Oslo X Games to find out more.

This season you have been a regular at the big competitions from X Games to Dew tour, how did you make the transition to the bigger contests?
I had really good last season but at FIS contests so I don’t think this helped much in getting noticed. I landed my first double bs rodeo 900 at Nine Queens last year too so maybe this helped a little bit as it was in a lot of snowboard media. Really, I have to say that Spencer O’ Brien helped me too and introduced me to right people, so I think this helped me get recognised more and push my name more for example in US. I was lucky because I was at all of this big events like Dew Tour or X Games as an alternate rider but somehow I always got to ride all of them.

Your double rodeo 9 at X Games big air looked like you were going for a 1080 at times, is something you want to try?
No, I wanted to go for double rodeo 900 but I always overrotated it a bit more. I landed the double back rodeo 900 only once at Nine Queens last year  but at the X Games in Oslo in practice I landed them the night before finals. I want to still keep learning the 900 so I can land it perfectly more then once haha and then I would try 1080, why not?

How far away do you think you are from throwing the triple back rodeo?
Very far away haha, I didn’t try to visualize it yet. There are many more tricks I want to learn before throwing triples.

You are always smiling even when your competition run doesn’t go as planned what puts you in a bad mood?
I am not always smiling, I can be very angry too haha. Of course I am a bit sad when I don’t put my run down but maybe I fight more with myself inside when I am not satisfied, so no one can see if I’m sad or angry. I don’t really know what puts me in a bad mood now, maybe people that I like can because I really care what they say.

When thinking of snowboarding, Slovakia is not a country that most people would associate with the sport immediately. What was it like growing up as a snowboarder in Slovakia?
I started snowboarding when I was 10 years old. My parents were working in my hometown resort Jasna, so I was spending a lot of time with them on the mountains. They were snowboarding a little bit too. The first year I was riding a lot with my father and I had a lot of fun with him, we were freeriding a lot and then he was trying jumps and rails with me haha but when I started to be faster them him he didn’t really like it haha. I always had good times back then, I had my crew who I was always snowboarding with and they were helping me a lot and maybe it was better then nowadays. I had no idea I  would snowboard like I do now, I mean compete and travel and so.
It wasn’t easy to become a good snowboarder here because we don’t have as many good snow parks as other countries. After, I always had to travel and my parents didn’t had that much money to send me to US or wherever so I was lucky I made some good results so I had some money from the association for traveling. Of course, it would be easier to grow up somewhere in Austria or Colorado but I am very proud and happy I could grow up here, I had to work harder then some and appreciate these opportunities I have more. 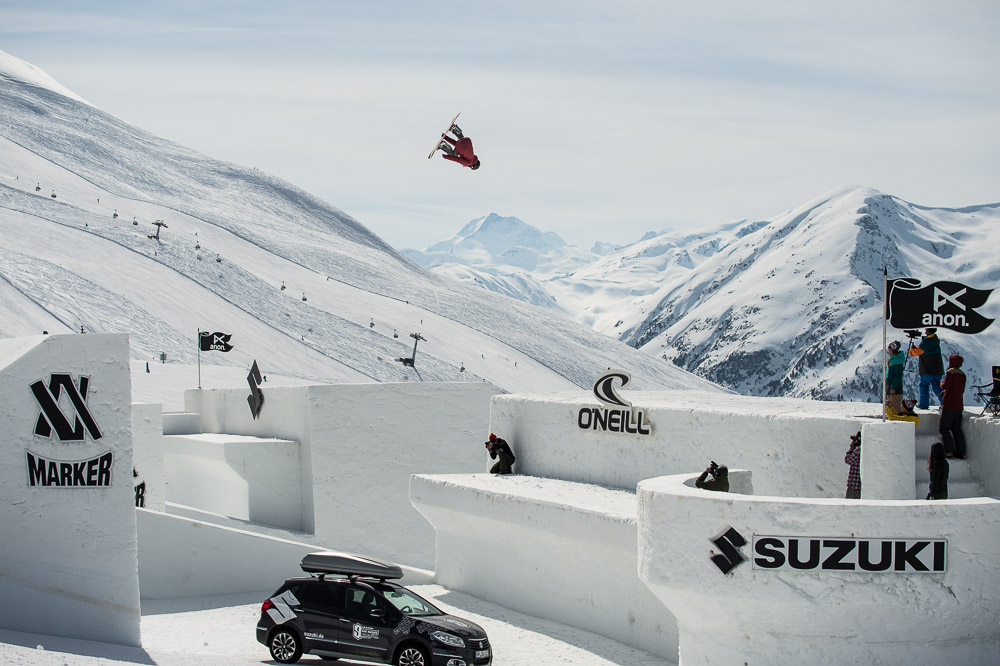 Which snowboarders inspired you as a kid?
Many, I loved to watch one movie over and over haha, it was White balance with Mikkel Bang and all those gangsters haha and also Tara Dakides inspired me a lot.

It was great to see Women ride big air at Oslo; do you think this will become normal now?
I think so. It was so good to be riding Big Air in Oslo, the jumps was very good and I think we all felt very confortable hiting it. I wish it could be normal for girls to ride big air now, I like riding it and there will be more progression in women’s snowboarding too.

Should women have been able to ride at Aspen X Games big air?
Yes.

Spencer O Brien has been showing you the ropes a bit, what knowledge has she given you and how has that helped?
I have a big respect for Spencer. We met each other at Nine Queens last year and I really like her. She has already been on the scene a long time and is a very successful athlete, so she has many experiences already. She has been very helpful to me and is a good person with a beautiful heart. I like to listen to people and I like to listen her because I know she wants to help. There are many things I don’t know yet so it’s always good to hear someone’s knowledge who has a better knowledge of what is going on and offers advice and friendship. 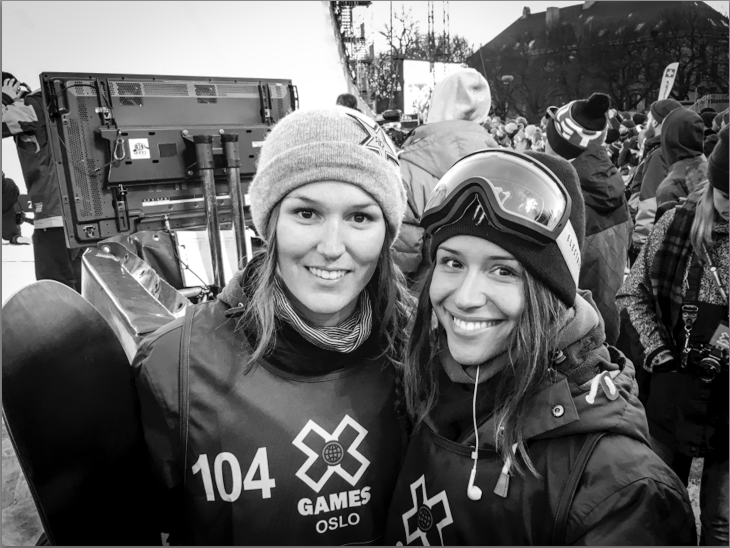 Klaudia with her mentor and Bff, Spencer O’Brien

You won the Ale Invite a few weeks back, how was that kicker to ride, was it as gnarly as it looked?
The kicker looked scary and a few of us girls were so scared to hit it first time haha but from the first hit it was good. The shape of jump was very smooth and when you had good speed it was safe to ride.

How are you adjusting to your increase in popularity, do more people recognise you when you are riding? Does this ever get annoying?
I am not that well known yet, so I can’t say how is it to be stopped by people recognising me haha.

Shred Optics A Collection of Times