Sponsors: The Los Angeles River, Green Bandit Production aka GPB, USS2 Outerwear
Home Mountain: None but I like the Cali hills though.

You are from Denmark how is the scene there?
It’s quite small if you don’t count the one-week shredders, we are around 5-10 guys that hunt the mountain for spots to shred all day. There are maybe 5 of us that are filming with different crews, riding jams and using our savings for gas to get us to the next spot.
The good thing about such a little scene is that the bond between us is like being best friends from back in the days, we are always having the most fun when we travel and it’s often the same crew going to the States or going on trips in EU.

A lot of Scandinavians are known for riding contests and kickers and there aren’t that many Danish contest slopestyle kids, why do you think that is?
Yep, the Norwegians and Swedish riders are killing it in the big contests and are always on the podium. With no hills and snow like our brothers from the North, we have to go out of the country to hit some slopes everytime. My man Simon Houlind has been killing it in the rail jams though and it’s always a pleasure watching him throwing it down.

We maybe have a week or two a year where we see snow in Denmark, so the shredder kids aint really snowboarding other then a trip or two a year.

You now live in Oslo and ride and work at Oslo Vinterpark, Why did you choose to move?
I found the Norwegian gold and some of my best buds live here in Oslo. Norway is a beautiful country with lots of snow, so it’s pretty great. 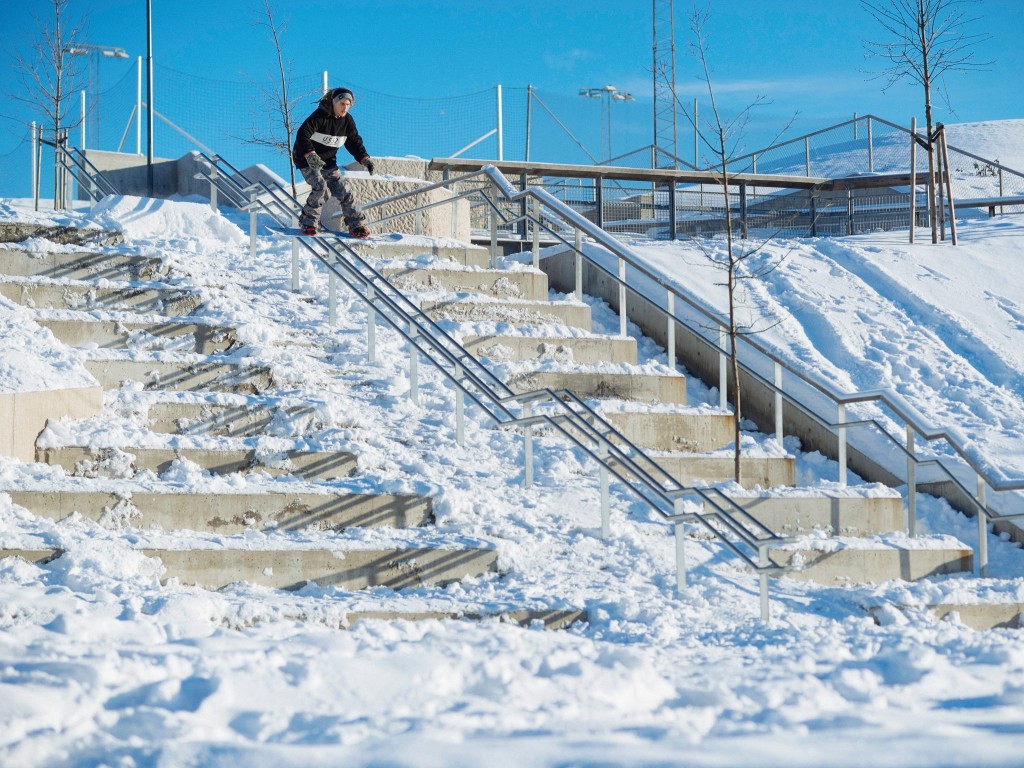 Getting kinky with Tommy Larsen behind the lens.

How does the riding scene differ from Norway to Denmark?
We are a nation that goes on holiday for some ski and snowboarding and then there are a few there that go working at a winter resort and live there so they can shred. We don’t have the so-called pros in the Danish riding scene, because of the little market and interest. Also, there are not that many of us, so we’re trying to meet up and stick together as much as we can.

What are your plans for this season?
I’m going on tour with the Danish movie company beprofound.dk with a Danish crew of skiers and snowboarders. We’re making a movie all over Europe, riding both park and street, and getting some crazy shots of mother earth called One&more.

Then i’m going to be riding with them boys from The L.A River, trying to have the most fun and riding some sweet snowboards.

A bunch of Scandinavians went to snowboard school, do you have those programs in Denmark? Would you go if you did?
Nahh we have a surfer school with some weeks in the snow that go out hunting that backflip. I heard about a school in Sweden, up in the dirty North of Sweden close to Umeå, called Liljaskolan, So both me and a few other Danes went there for the gymnasium and learning about the sport.

Your full edit got a really strong response; will you be filming with a crew this year?
Oh yes. I’m so hyped that the edit went all over all the magazines and friends with kind words helped me getting it out there. It was such a fun time filming it and I’m so stoked over the response it got. I’m definitely going to be riding with the crew again, I can’t help it, they the best buds and some masters on a board. 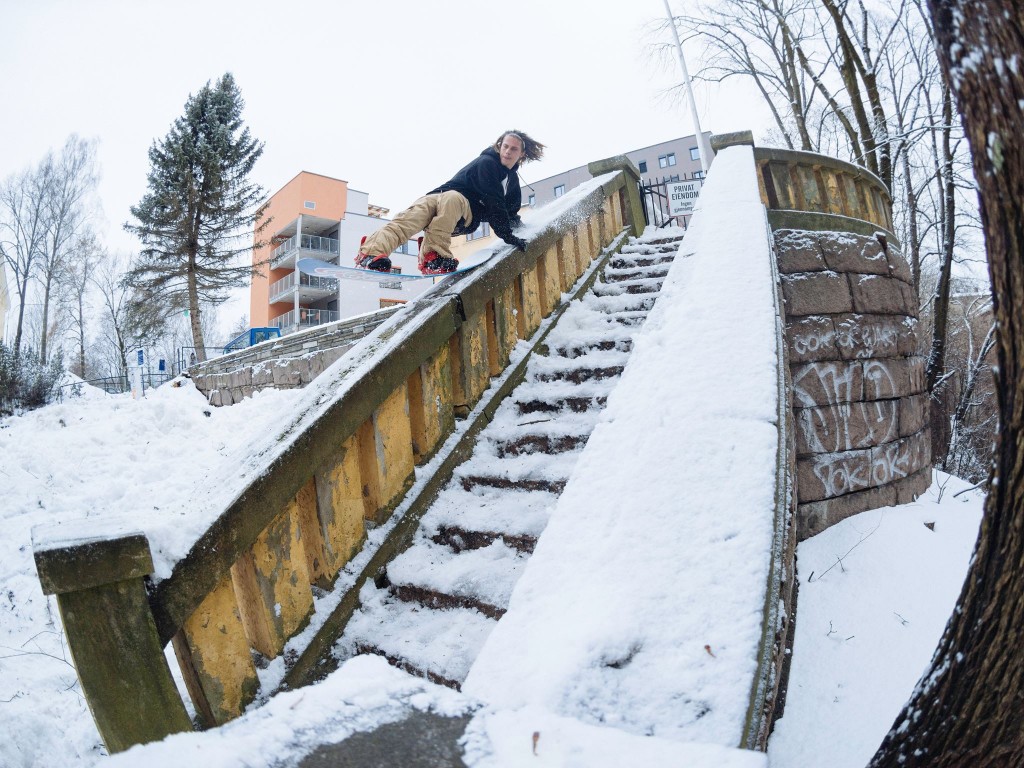 The kink at the end of your full part was gnarly, how many attempts did that take and what would you like to do on it this season?
Around 5-10 attempts and yeah it was one crazy rail and it even broke after my shoot, but with some silver tape we made it ready for some Øivind Fykse power. If I’m cruzin by that spot again, I think would go for some front board action.

What is your idea of the perfect day riding?
A day with the squad on a board, stacked with beers and good vibes in the sun,In Bear, Cali, US.

Which other Danish riders should we be looking out for?
Simon Houlind, Rasmus Nielsen, Tobias Himmelstrup and Jonas Strømsted