In 2007 I was working in a factory doing 12 hour long shifts day and night. It wasn’t my ideal job but I was making money, I had a laugh with the guys I worked with and I had plenty of time to skate.

Things were going well until 3rd September. I was working the night shift and was helping one of the other guys out when I realised the machine was turned on while I still had my hand on it. “Oh shit” was the only thing I could think of at the time as the machine dragged me in up to my neck and I felt the machine struggle before it crushed my arm to pieces. My friend managed to press the emergency stop button before I could get dragged in any further and when the machine stopped I managed to pull myself out. As I was walking over to lean against a wall I knew it was bad.

When I sat down I called to my friend to phone an ambulance and I made a quick check of how bad the damage was. I could see my arm was badly broken since there was bits of bone sticking out in several places (compound fractures) my shoulder was pretty messed up too since it wasn’t where it should have been. Everything ached and where the bone had come through it hurt like hell.

I got loaded onto a stretcher and put in the ambulance where they gave me some morphine. I didn’t realise the pain that I was in until the pain had gone. I realised how tired I was after the pain had dulled so I decided to let myself drift off. Before I went in I had to sign a waiver saying they could do the surgery and if it failed then they could amputate. This was the first time I had really thought about how serious this could be. I’m not gonna lie it was really hard to sign that piece of paper. It was tough to give permission for someone to change your life in such an extreme way.

In the end I signed the form and had the surgery. I had over 14 hours of surgery that night and woke up on the Tuesday feeling pretty rough. They hadn’t amputated my arm but they were checking to see if the surgery had worked. They explained to me that they had tried a vein graft from my legs to get the blood to my arm since there was none flowing because of how badly it was crushed.

By the end of Tuesday they realised that the surgery had failed and the muscle in my arm was dying, releasing toxic chemicals into my whole body. I was hours away from dying of septicaemia so they had to amputate straight away. This time it was easy for me to sign the form since it was that or die and I’d already pretty much realised there was a really slim chance of me being able to leave the hospital with two arms. After the surgery to amputate my arm, it was pretty touch and go because of the poison in my bloodstream. I remember having a nurse sat at the end of my bed in the High Dependency Unit waiting to see if I’d make it but I recovered pretty quickly and by Friday I was feeling well enough to go home. I ended up spending one more night in hospital and went home on Saturday, looking forward to having a roast on Sunday. 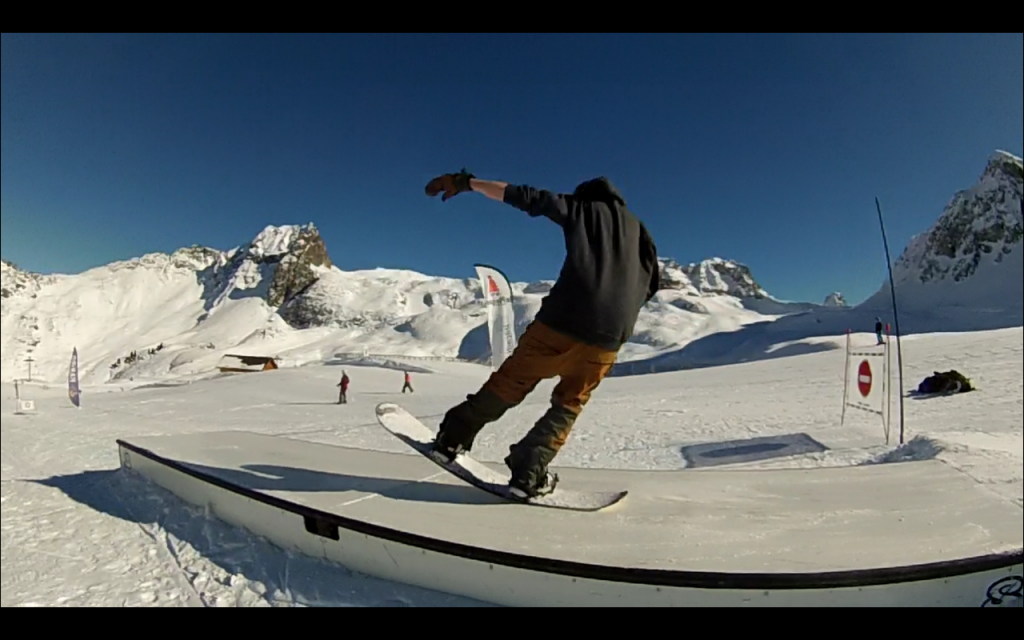 Ollie not letting anything stand in his way.
Photo: John Weatherley

From recovery to Snowboarding.
When I was home, I figured out what I could do and what I struggled doing and  I started thinking  a lot about skating. I still wanted to do it but I didn’t like the idea of falling on concrete and not having a hand there to stop me falling. I still went skating a little bit but I got frustrated not being at the same level as I was. I started thinking about something I could do instead. It didn’t take me long to think of snowboarding since it was fairly similar and I had always wanted to try it.

I booked my ‘learn to snowboard in a day’ course at the Snowdome in Tamworth a couple of weeks after getting out of hospital and I loved it. I wasn’t good but at least I was having the same fun I used to have when I skated. It took me a few months to get good enough to go abroad and I went to Lake Tahoe where my sister was living at the time. I was so stoked when I was out there just riding around and hitting natural hips and slashing around in powder.

When I got back I had another few months off sick then went back to the same company to work in the offices, but I knew that all I wanted to do now was snowboard. It took another year to get the drive to take snowboarding to the next level and it came when I got made redundant. I used my redundancy money to book myself on an instructor course in New Zealand. I struggled at first because I had never been down black runs but by the end of it I was riding down black runs switch and I passed my level 1 and 2. When I got back to the UK all I wanted to do was go away again but I couldn’t get a job anywhere so I settled to just riding at Tamworth.

Eventually I started hitting more rails and getting better at jibbing since powder and free riding is in short supply in England. I carried on just riding for a year after I couldn’t get a job teaching snowboarding until I applied to teach at Tamworth on a spur the moment thing and ended up getting the job. 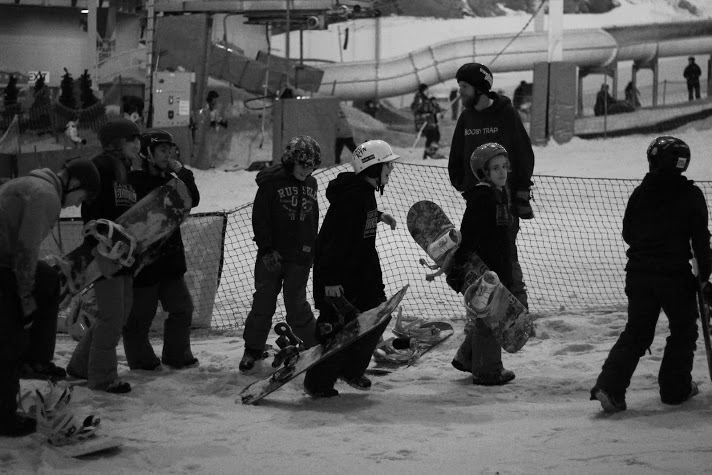 Turning negatives into positives with The Boobytrap.
Photo: Jack Isherwood

Change in career.
Now I’m working at The Snowboard Asylum store and I’m helping John Weatherley to set up The Boobytrap with a couple of others. The Boobytrap is about showing kids that you don’t have to just do competitions to progress in snowboarding. We felt that snowboarding is drifting away from the reasons we got started in the first place which was having fun with your mates regardless of what you can/can’t do. We aim to bring as many kids into snowboarding as possible no matter what their background and make a difference in the snowboard scene.

I want people to realise that you can’t go through life thinking you can’t do something. If you want to do something enough then nothing should stop you from at least giving it a go.

I want to say thanks to my mum and dad who are always there to support me and who never let me get down about how things turned out. Thank you to Stuart Marsh at the Snowdome for teaching me to snowboard in the first place and a massive thank you to Luke Lightwood for always pushing me to do better and try bigger things.

You can find more information about The Boobytrap here.