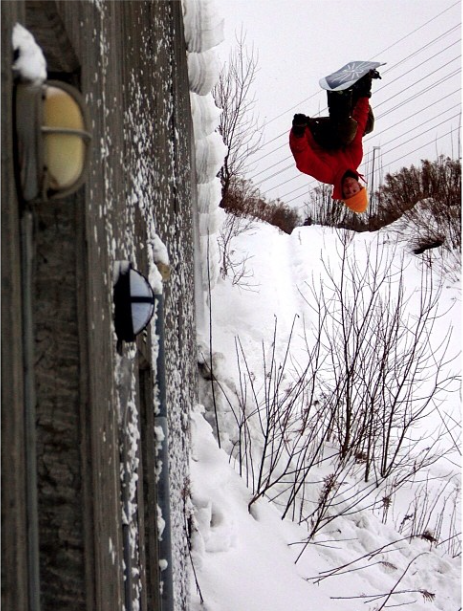 You were a notable absentee from Sochi, did you set out on trying to compete or were you against the whole thing from the start?
I rode a few world cups at the beginning, to feel it out. I just felt the whole vibe in contests changed a little. People got more serious and I missed that fun, supportive and friendly environment that contests usually bring. I also found it weird that everything should change for this one contest. Sochi looked like it went well, people rode great and the jumps looked good. I don’t regret not going though.

How did your sponsors  and your family react when you told them you weren’t going?
All my sponsors were really supportive of my choice from the start. My family were a little surprised. I guess that’s normal with it being the Olympics. It is hard for people that don’t snowboard to understand that decision.

You were fairly vocal during the Burton European Open about not wanting to hit the small line during the weather issues, you mentioned that it wasn’t doing snowboarding justice. What would be your ideal contest set up?

I just don’t think a 6 star event should be done on 5 meter jumps but luckily the weather changed and most people had speed for the big jumps. I don’t really have an ideal contest setup but I think courses should be more creative. It should include more transitions and creative stuff like that. I am getting a little tired of the 3 rails and 3 jumps setup we have now. 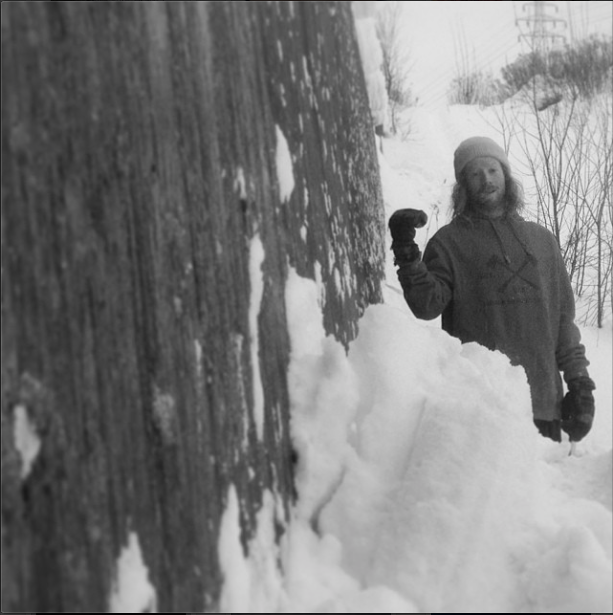 Is the current judging criteria with the World Snowboard Tour the best judging system around at the moment?
I think the SLS system is pretty good. It’s good as a rider to see what your tricks are worth but I feel that the 40 percent flow score is more of a judge’s opinion instead of an actual flow score, which it is called now.

You were one of the only riders who was brought over to Burton from Forum. Do you think they will ever bring Forum back and if so would you be interested in a move back again or are you happy where you are?
I don’t think the brand will come back any time soon and I am really happy to be on Burton.   I keep in touch with some of the old Forum guys and I meet up with them every now and then.

You are dating Christy Prior who we all know kills it riding. How competitive are you against each other? Are there any tricks she can do that you are jealous of?
I think we just share our interest for snowboarding and are more supportive of each other than competitive. In terms of tricks, I get this question a lot and yes, she can do tricks that I cannot do. 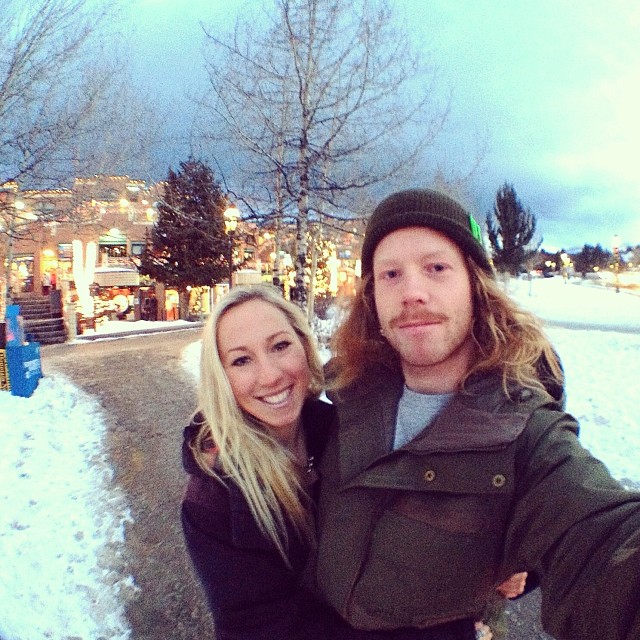 Selfie with Christy Prior

You’ve done your fair share of contests and also your fair share of filming. What one gives you the most satisfaction? Would you rather have a good contest result or put out a well received video part?
They are both fun. I think filming is a little more exciting though. It’s fun to go to new places and ride new and different features, as well as riding with friends in a non competitive environment. I think I would rather have a good video part. Not just for the final result, but for the whole process.

Do your sponsors allow you to do whatever you feel like with riding or do they push you towards the contest scene?
I don’t get pushed to do anything. I really enjoy doing contests. It’s fun to go and ride new places with good friends.

Which riders do you look up to and what have you learn from them?
I look up to guys that ride natural terrain and I guess I have everything to learn from people that do that

Snowboarding would be better if what?
If it snowed more.