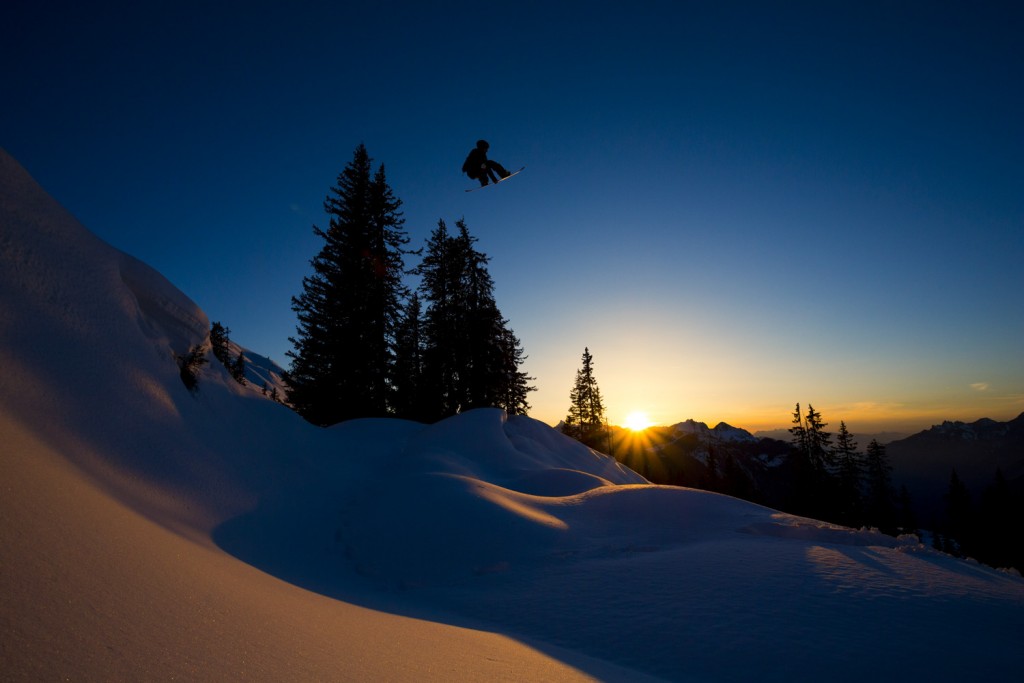 Ethan Morgan is one of those riders that can ride anything equally well. From his beginnings in pipe contests, to riding big air events, with street rails and pow kickers inbetween, Ethan is talented. Whilst his skills are obvious, he breaks conformity with his laid back approach to riding, which shows that having a good time is paramount to his snowboarding. Ethan is done with the Olympics and is instead focussing his efforts on his first solo project “The Ethan Morgan Sponsor me Tape 2015” and after seeing his stand out parts with Isenseven, Nike’s “Nevernot”, Standard Films and more recently, “TFA” the footage is unlikely to disappoint.

You originally set your sights on being a pipe rider and narrowly missed out on the 2010 Olympics. What made you quit the team and do you ever ride pipe now?
Yeah man I used to be all in on the pipe mayhem for a couple years. I went all the way to getting 42nd in the FIS halfpipe world ranking, missing the Olympics by two spots. It was a long and hard way for nothing. So after spending two years just preparing for the Olympics, only focusing on halfpipe and then just missing the qualification, I felt like I needed something else. I also had my issues with some of the people on the board of the national team and hated having a coach always telling me what to do. I just see snowboarding so different than they do. So I quit the team and did a few TTR slopestyle contests (slopestyle wasn’t an Olympic discipline at the time), and did pretty descent, no podiums but consistent in finals. So the SVD (Snowboard Verband Deutschland) hit me up and begged me to come to the world champs since slopestyle was there for the first time to try out for the Olympics, but I said no. I then started filming with Isenseven for Kaleidoscope, had an epic season and all. At the end of the season I got a mail from the national team that I have been officially kicked off the team, I thought it was funny because I thought I had already quit the team. Then two days later I see all over the Internet that Slopestyle was taken into the Olympics. I just think they wanted me to come crawling back to them since I liked riding slopestyle. But I didn’t care; I found myself in filming and didn’t want to get back into the FIS mayhem.
At that time I didn’t really want to ride pipe I just was focusing on rails and pow, but in the last two years I really have been getting back into it, I almost forgot how much fun it is to ride pipe. And it is so good for your riding too, it’s incredible, especially with this whole new carving hype it can come in handy haha. In that way I definitely don’t regret being on the team though, riding pipe back then made me the rider I am now. 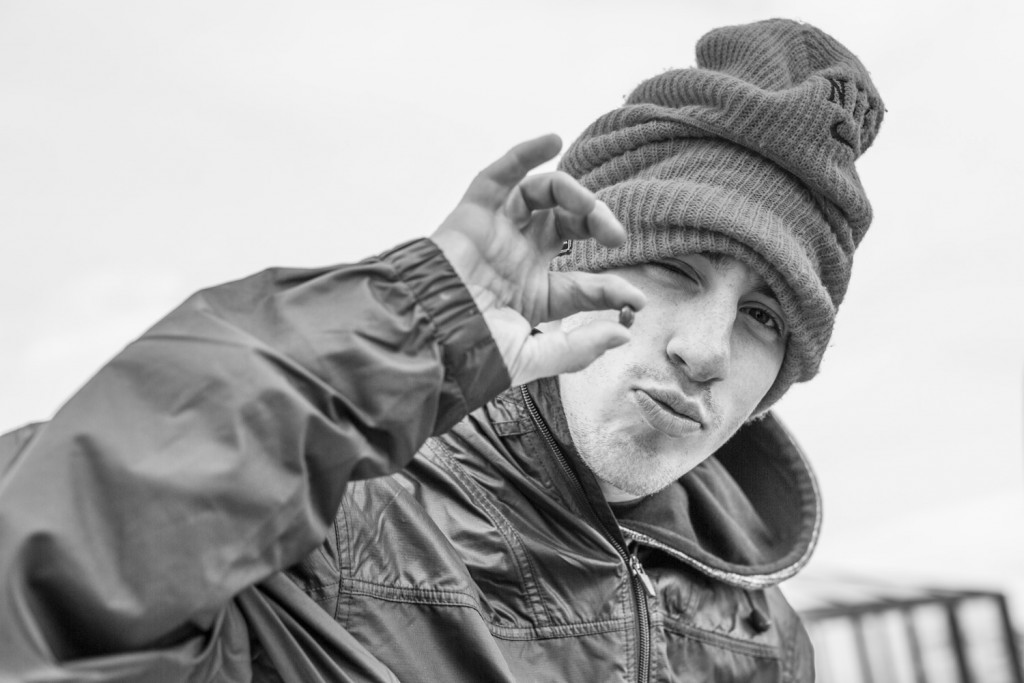 You were on the German team but have mixed heritage, were you ever tempted to ride for the US team or Japan?
Well Japan wouldn’t be an option because I may have been born there (Okinawa), but I was actually born on a US military forces base in Okinawa, so I can’t get a Japanese passport. That would’ve been so dope though hehe. I thought about getting in the US team a long time ago but it is way harder to get into the team. We were living in Germany since I was six, so I started snowboarding and a couple years later the SVD called me. The deals I got offered in Germany for the national team were pretty good at the time.

Why are there so few pro German freestyle riders these days? Are they forced to ride boarder X, slalom and pipe?
Germany has some solid pro snowboarders, like Benny Urban, Alex Tank, Elias Elhardt and a few more, but not as many as in the heavy hitter countries in Europe like Norway, Sweden, Austria or Switzerland. Although Germany just has the Alps at its borders, it’s a big market and lots of kids enjoy the sport, either indoors, up north or in the Bavarian Alps. But when I started snowboarding Germany had so many good pros, David Benedek, Christoph Weber, Christophe Schmidt, Xaver Hoffmann and all the legends out there. I always looked up to all these guys. Back then the whole national team in Germany really had it going. But a couple years after I got into the national team, Amelie Kober, a Slalom racer got a silver medal at the 2006 Torino Olympics, so the SVD decided we would get trained in halfpipe in the same way that they would train racers. After I was over it and had left the team, they started to send kids to a boarding school in Germany. Most kids I talked to who went there left the school shortly afterwards. The school was in an area with no good snowboard parks nearby. But leaving the school means that you have to leave the German national team. I just think the German national team should change their whole concept and should just run their national team like in Norway, Sweden or Switzerland. Those countries have a solid plan and are turning young motivated snowboard kids into pro’s like Torstein or Stale. 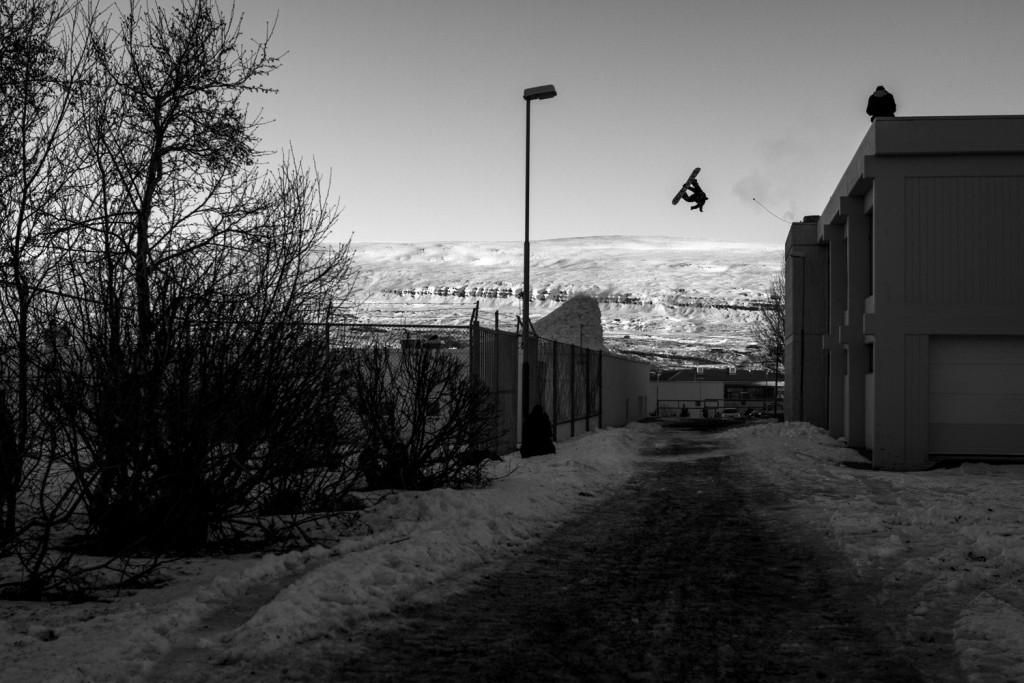 Before Sochi you didn’t really seem to take the qualifications leading up to the games seriously. Were you deliberately trying not to qualify?
Well I did not try to not qualify; of course it would have been awesome to compete in Sochi. I was actually asked by Nike to get back into the national team and at least try for it and I thought, “yeah, why not? If I make it, cool, if not, then whatever, i’ll just compete at a couple of FIS events and see what happens.” At the same time, Nike let me film for their team movie NeverNot, so I was hyped on that opportunity and gave it all I had for filming. This meant though that I was lacking in training for Slopestyle for the Olympics qualifiers. When I showed up at the comps I had just been filming in the streets or filming in pow, so I had no park legs. Halldor wanted to try for the Olympics too, but I warned him and said that FIS is one messed up federation and those FIS comps are a shitshow. But you can’t believe how much fun Halldor and I had at the qualifiers. We would show up two days late missing practice and arriving in an RV at Copper Mountain, including half of the barfbags crew living in there with us. We bought pink unicorn biking helmets at Walmart to wear for the contest since we didn’t have any helmets. We just didn’t care and had fun. Unfortunately, we both didn’t qualify, so maybe the hardcore coach training is a tad better than brewing RV juice during the qualifications hehe.

Were your parents disappointed that you gave up that chance? What about your sponsors?
Well, they were bummed but they understood. I mean it just wasn’t me being there with all those FIS jockeys. They all understood that I wanted to be focusing on filming and doing my own thing. 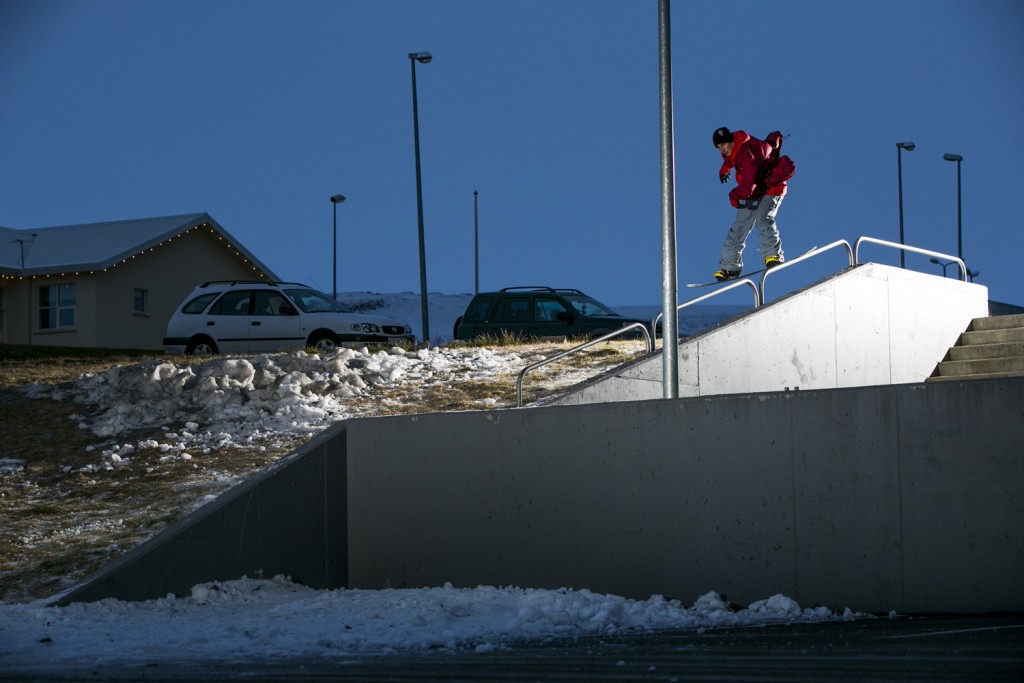 Talking about Sponsors, how is it knowing you have to find a new outerwear deal when your contract is up? Is it stressful for you now?
It’s definitely hard out there, so many dropped snowboard pros that shouldn’t be dropped; not only in the Nike circuit, lots of companies are cutting their riders. There are lots of unsponsored snowboard pros out there, this makes it even harder to find something. But yeah, it’s worrying seeing how the snowboard industry looks now but I am sure something will pan together eventually. I am dropping a sponsor me tape, so I just hope it reaches a couple of snowboard companies.

You have been filming for your own project this year, tell us about that.
Well this season I was focusing on my own project since I felt like this would be the right time to do my own thing for the first time. I mainly just tried to film as much as possible with whoever I wanted. That made it so fun, I got to do what I planned and had our TFA filmer Dani Diedrich with me the whole season. Since all this mayhem with Nike and losing other sponsors like Relentless Energy (because they pulled out of snowboarding too), I named my project. “Ethan Morgan Sponsor Me Tape 2015” It will be a mini movie that’s going to be a straight forward snowboard edit featuring all the people I filmed with this season. But you’ll just have to check it out when it comes out this fall, it’s gonna be wild.

Behind The Lens: The Story Of Grindhouse