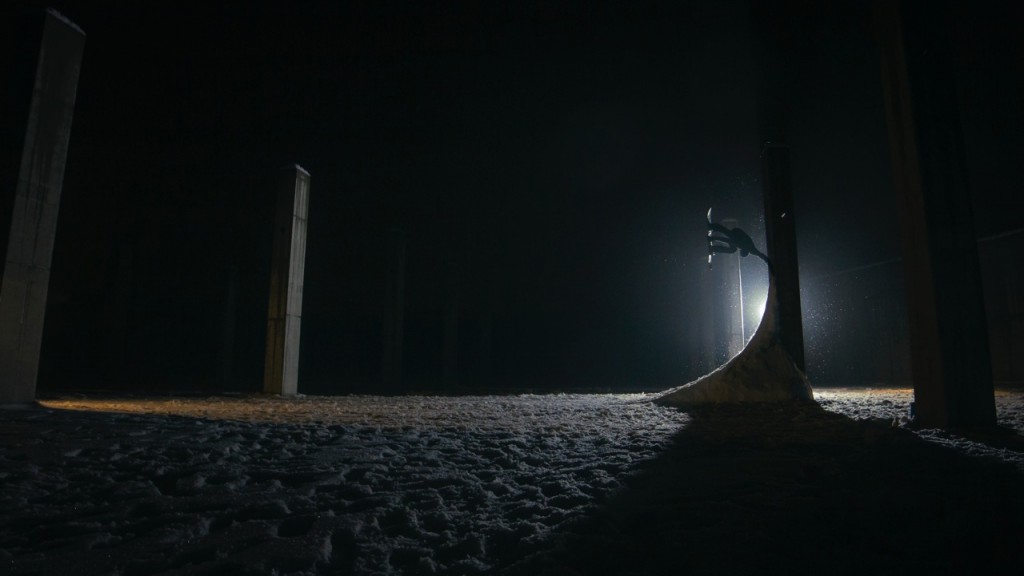 Marko Grilc or Grilo for short has been in the game for a long time. Competing for well over 10 years and riding since he was 8. He has reached the age where the majority of riders lose their sponsors and bow out from the scene but not Grilo. His passion for riding is obvious and his thirst for snowboarding means that he continuously changes his path. A couple of seasons ago, Grilo teamed up with Red Bull and this partnership formed the immensly popular show  “The Grilosodes” Marko is in a unique position to have seen first hand the transitions and changes throughout a long and succesful pro career. Let’s find out what he makes of it all.

You’ve been riding a long time now what are the most dramatic changes you’ve seen in your time in the sport?
Yeah I been in the game for a while and there has been a lot changing but I think that most of them came with the development of technology. Nowadays the Internet is changing the way we get information and how snowboarding works. It is all instant. While back in the day there were mags and movies that delivered the tricks with a year of delay. Also traveling became much easier, parks bigger, and boards better. I think that now it is easier to break through than back in the day but it is harder to stay in the game for a while because there are so many people coming up all the time. Snowboarding was a rebellions movement when I became a part of it when now it is a mainstream sport. But all in all snowboarding remained cool and we didn’t sell out too much through out the years.

A lot of the older generation always say that the old days of snowboarding were better than now; do you think this is true? If so what was better?
Well back in the day we were a smaller family. Everyone was there to have fun and didn’t really give a fuck about much else. We were there to party on and of snow. It was such a blast and it was cool. I miss this nowadays a bit. I wish there were more people with that attitude now, but there is some around. We snowboarded not because our coaches were saying we needed to learn triples but because we had fun. 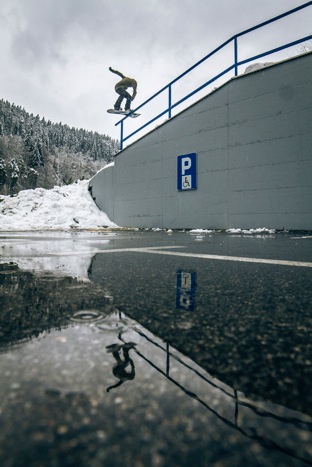 Why is it that in skating and especially surfing riders can still be pro over 30, which rarely happens in Snowboarding?
I don’t know, I guess it is hard on the body to take this slams. And for sure it is not easy on the mind when you know what can happen. But I think that most of all is that people lose the attitude over the years and get sick of riding or traveling, it takes a lot of energy to keep up with the 17 year olds. But I think if you love to ride it is not really hard to keep doing this.

When a new trick is landed such as the double and now triples, as a competitive rider, do you have to learn that trick to keep up with the pack?
I don’t really get bothered with what I have to do. I always tried to do what I felt like doing. And learning new tricks is awesome. I think snowboarding has more to offer than just triples but it is for sure something I want to get done.

You have a long time girlfriend and a son, when your son was born did that change how much you wanted to travel?
Hmmm it was a bit scary at the beginning because I was thinking that I wouldn’t be able to ride as much as I would want. But thanks to my lady we found a way to make it work. It is a lot of organizing but we both are still keeping our passions. Nowadays we just do it as a family. I am hyped to get my son Maxx on a board. 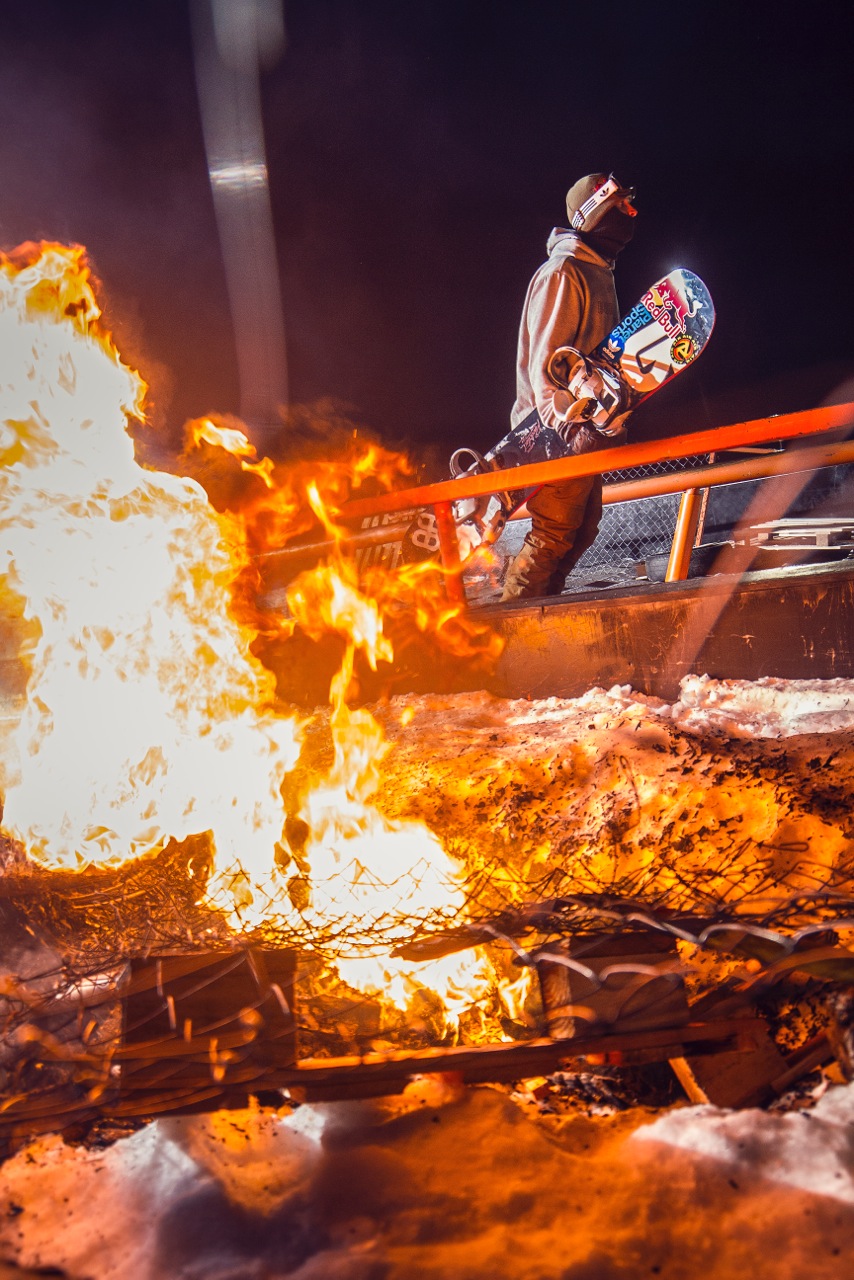 On location for The Grilosodes

Your show by Redbull “The Grillosodes” was a huge success right from the start and now it’s the biggest Snowboard show that Red Bull produces. Did you anticipate it would get such a positive response? What do you think makes it so popular?
Not really. I just felt that was the way to go 4 years ago. I didn’t really watch many snowboard movies anymore and I thought that web episodes are the way to go.

But we always just do what feels fun to us and I am hoping that that is what people like to see. I have a great crew doing all the stuff and my sponsors have had my back from day 1.

Has Grillsodes extended your pro career further? Do you think you would still be riding so much now if the show hadn’t have gone ahead?
When we started doing it I kind of did it because I believed in it and I wasn’t really thinking about my career that much. I was supposed to film a part that first season but I just didn’t think that was the way to go. I have been lucky enough that my sponsors always have my back even when I have ideas like that. And now going into the 4th season I am hyped how it is all working out. But career or not I just want to ride.

It seems a lot of riders leave school early to focus on being pro but without having a clear vision for life after riding. Do you think their sponsors should help give younger riders some ideas for that?
Hmmm it is hard enough for sponsors to give vision to young riders even when they are pro, trying to guide their life afterwards would be mission impossible. The people I work with were always against dropping out of school. And I was too. Being a pro is much more than just riding good and a educated mind will help you much more than a triple cork through out your path. So it is important to stay in school and to learn as much as you can every day. Knowledge will never hurt you.

A few pros after they quit seem to turn their back on riding after their pro career and quite a few seem to never ride again. Why do you think that is?
I have no clue. It is hard for me to even imagine that. I will probably go ride every day I can in my life. If you are not that into it it’s kind of crazy to think that you made it that far. That is the beauty of it that things around you can change all the time but that love to snowboard is always the same, from the age of 5 to 50 and it is hard to take that away.

Did you have plans on what to do after riding? What are your future plans?
When I was younger I made all this plans all the time and than at some point I figured it is a waste of time. You always change as a person and your ideas and wishes change too so it is more about following what you fell like doing than doing what you are suppose to. 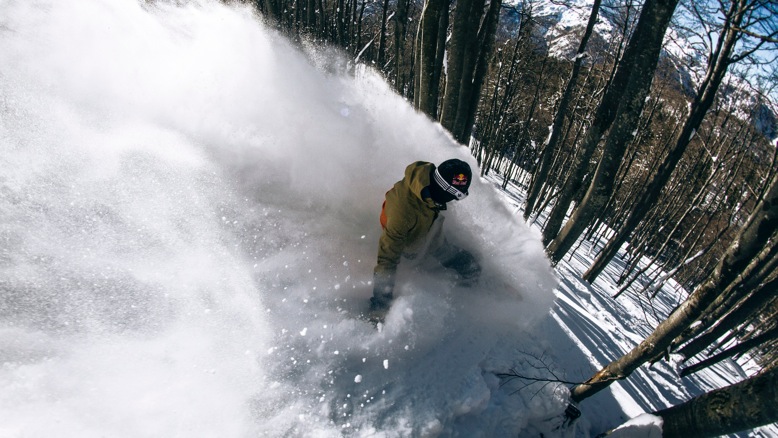 Riding for the rest of his life in style.

Make sure you check out Grilo on his website.