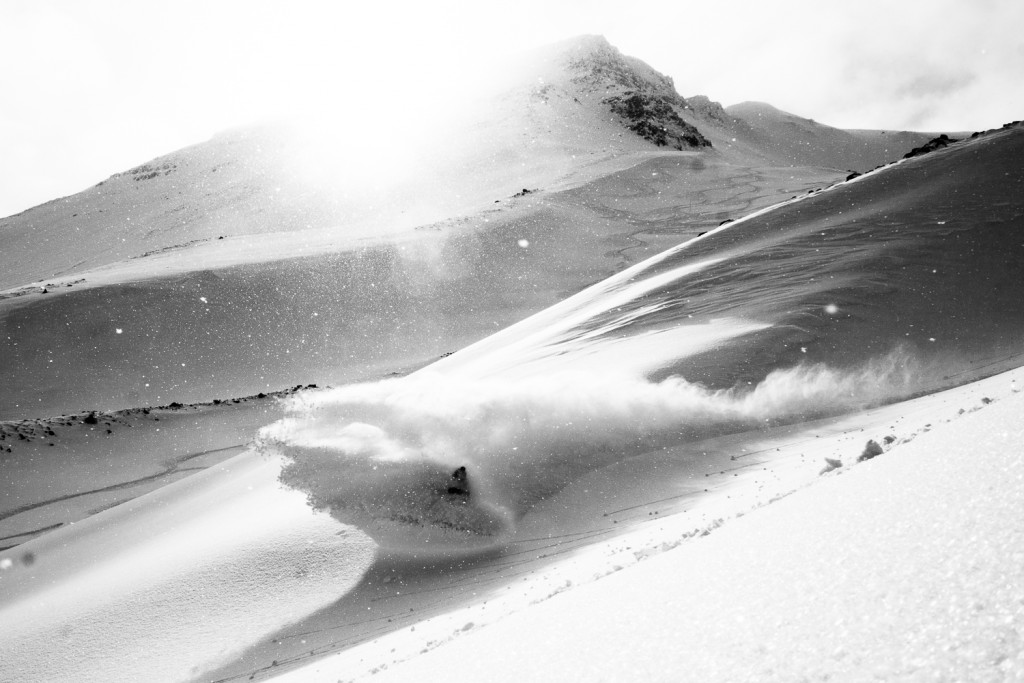 Iceland isn’t in the forefront of people’s minds when it comes to riding powder but during The 3rd annual Iceland Winter Games the riders quickly discovered that Iceland is a hidden gem. With a mix of Alaska, Northern Norway all spiced up by uniqueness of Iceland it offers the chance to be on top of a mountain and ride down 1000 metres vertical and end up on the sea shore. The crew were blessed with 60cm of dry pow and three days of bluebird.

Team Europe; Antti Autti, Levi Luggen and filmer Teemu Lahtinen from Northlight Pictures, were against Team US; Scotty Lago, Greg Bretz and filmer Rich Goodwin. The goal was to document as much of the Troll Peninsula’s backcountry as possible within a 4 day filming mission. The teams had access to snowmobile, cat, heli, sailboat and good old hiking to put together their videos before being judged by a jury. 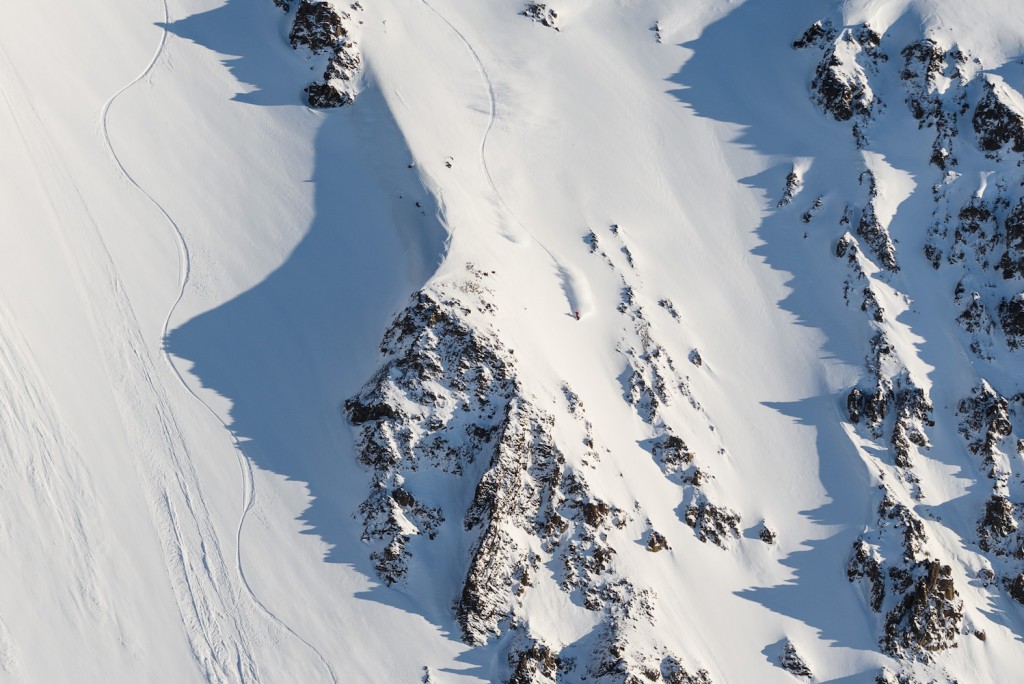 Levi Luggen not in Alaska but in Northern Iceland.
Photo: Andrew Strain.

The jury had almost an impossible choice to come up with a winner but eventually decided Team Europe and their cinematic extravagant video deserved the top spot. The Iceland Winter Games was much more than just the video battle. The event is solidifying the growing snowboard scene in Iceland and creating the stepping stones for riders to discover unchartered territories for future trips.

The riding might be over for the two teams of riders but The Icelandic Winter Games are offering you the chance to win a trip for 2 to Iceland.
That’s right, yourself and a friend could follow in the pros footsteps and head to North Iceland in this incredible prize package that includes:

To win, simply head to this link here and vote for your favourite video, it’s that simple.