There are a lot of fun hills to ride in Norway, what is your favourite spot to ride there and why?
I ride a lot in Oslo Vinterpark, the park there is super fun and they also have a superpipe, which is sick! But I prefer being on the mountain, therefore Trysil is my absolute favourite, the park shaper there @oddpodd12 is a sick snowboarder and he makes sick parks!

You spend a lot of time snowboarding in an average winter and are one of the few in Saas Fee. How many days would you ride in an average year?
My season usually starts in September and running till April/June, I try to snowboard as much as I can in this period. I don’t have an exact number of days, but I guess around 200 days. 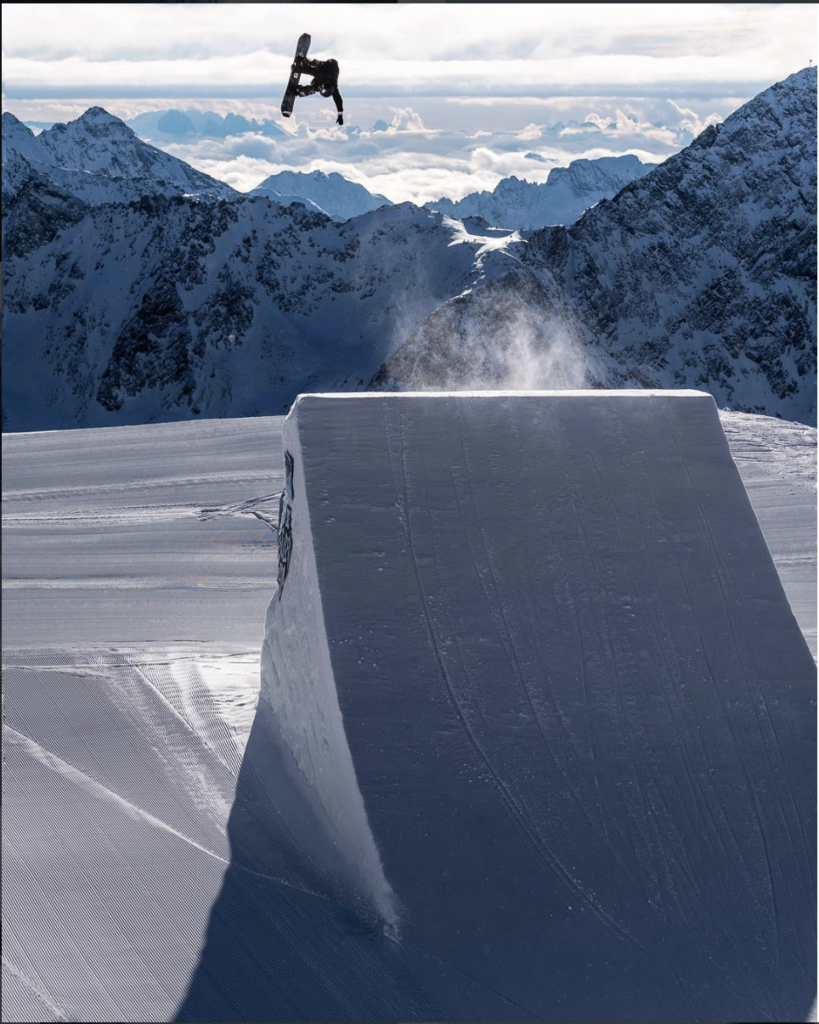 Bendik and this sublime FS 10 at the Prime Park Sessions.
Photo: Primeparksessions

Which riders do you usually ride with and are these the same people you travel with when you head out of Norway?
In Norway I ride with whoever’s stoked to join, often some from the national team or just friends. When traveling out of Norway it’s usually with the Norwegian Jr or main team. We spend a lot of time together and we are all really good friends.

Are you training for contests or just riding a lot because you love it?
I ride because I love it. I like trying new tricks and either if that is a different axis on a 540 or a triple cork it is really joyful to land. Even though it can be scary sometimes. I also want to learn tricks that can help me in contests, but not in a way that I feel I have to do this or that trick.

I’ve seen you ride icy parks both with a helmet and without, how come you sometimes have a helmet and sometimes don’t?
There is really no good excuse to not wear a helmet. When doing something that involves a bit risk I usually wear it. Better to be safe than be sorry.

You currently don’t have an outerwear or board sponsor, do you think it’s harder to get sponsored as a Norwegian than if you were from another country?
Norway is a pretty small country and there are so many good riders in here, I guess that makes it a bit harder to stand out of the crowd.

There are a lot of talented riders in Norway; does that standard of riding make it easier for a young rider to progress?
The snowboard community in Norway is very good. I remember when I started, I rode with the older better guys and I wanted to show them cool tricks and kind of earn their respect haha. That pushed me to try new tricks and it was always about having fun. There was never a question about what was happening after school, everyone would show up at the slopes and we would ride every day. It’s the same today.

Similarly, some snowboarders are well known celebrities in Norway, is that kind of fame something that you would like or would you avoid that spotlight?
If people think what I do is cool I don’t mind the attention. But I’m not focusing on gaining fame. It’s just awesome if people like my snowboarding.

What riders do you really look up to and why?
I look up to a lot of snowboarders, there are so many that inspires me that it’s hard to pick. Everything Markus Olimstad does looks so fun and it really makes me want to snowboard, he is definitely one of my favourites. But I’d say Mikkel Bang is my all time favourite, he just got the steez.

Do you have a specific goal within snowboarding?
I just want to get as good as I can and have fun