To find a rider as well rounded as Cheryl Maas is a tall and maybe impossible task. From her early days hitting legit street rails on the Forum team, riding pipe at the Olympics, being the 2005/06 TTR champion and her revolutionary Open Air backcountry series, which saw her land the women’s first cab double underflip into pow. Cheryl is as outspoken as they come and in the past, we’ve witnessed moments of her saying exactly what is on her mind without care of the consequences. Now Maas is a mother of two with her wife Stine and whilst she might appear mellower on the outside, her thirst for perfection hasn’t deteriorated, which she proved by winning the FIS tour this past season. Now that Big Air is going to feature at the Olympics, Cheryl could well be the bookies favourite to bring the gold back for the Netherlands.

It looked like you were having a tough time at the start of last year, dropped by long time sponsor Volcom, then you left Nitro. Were there any times where you thought about quitting?

Well, it made things harder for me moneywise and to find budget to travel and I had to readjust everything, but it motivated me more. Once I looked at things with perspective it made me realise I wasn’t ready to throw in the towel and quit. I ended up having a good season, too.

What happened with Nitro? Did Anna Gasser stepping up have an influence on you leaving? What was up with Anna having cats on her promodel, wasn’t that your theme?
I always had a really good relationship with Nitro but then they reshuffled things internally and hired some new people to look after the team. At the same time Anna started getting more recognition globally. It seemed that they forgot about me all of a sudden and some of the respect was lost.
I was very surprised that her promodel had cats on it when mine had it on for the last six years. All my promodels had cats, not just the boards but my Vans boots, Celtek gloves etc. Everyone knew that was kind of my thing to have cats on it. So when they stopped my promodel and said it no longer sold well enough, they then gave Anna a pro model with cats on it. That was the moment I made the decision to leave Nitro and ride for a company that would take me more seriously. I emailed Gigi and asked if I could ride for Slash and he was super stoked. 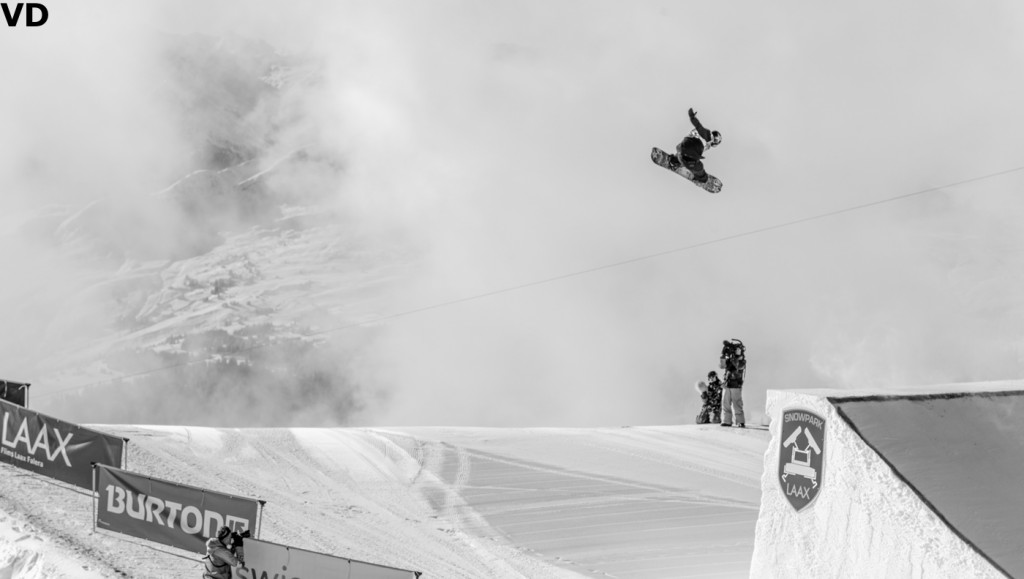 What do you know about style? Cheryl with a textbook Fs3 at the BEO
Photo: Vernon Deck

You were with Volcom for what seemed like forever, what happened there?
It was like quitting a relationship, like a romantic partner saying ‘we don’t go any further’ and in my eyes there wasn’t a good reason for it. Everyone says the business is bad right now but there wasn’t even any talk about me getting less money than I was at the time. It came out of nowhere and I was heartbroken. I always thought I had ridden well for them. In the past few years I had some minor injuries but if you look at my career overall I have produced a lot. I’m not ashamed to say it affected me to the point where I was crying for a day and even dreaming about it. It took me a while to get over it. People say business is business but there should be a certain way you go about things; this wasn’t good business.

Do you feel like Women are overlooked compared to guys when it comes to reaching legendary status?
I feel boys just get it better and companies spend a lot of energy and money into making them legends. Janna Meyen invested herself into snowboarding for many many years, the same with Tara Dakides. There were girls before them but those two were my personal heroes. They are never respected as much as the ‘legendary’ guy riders like Jamie Lynn, Terje, lguchi who are still promoted in that way. It would be nice if girls became legends in that way but I think girls get overlooked. I don’t mean necessarily financially, it has nothing to do with money, just how a company promotes you. As someone who has given so much to snowboarding it’s for sure lacking as a girl compared to guys. 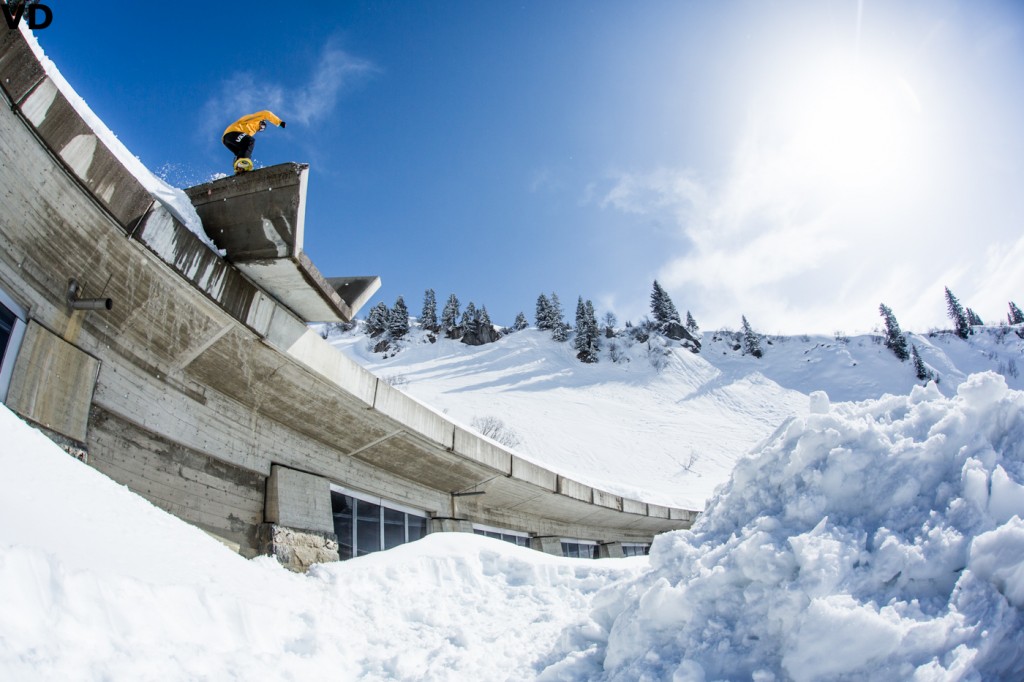 After a shaky start to the season you turned it around and won the FIS tour. Did that tough start to the season make that win even better?
For sure, it’s like I proved something to myself. Before that win I even questioned my riding abilities, “am I a shit snowboarder?” I didn’t think so even though I had a couple of injuries in the past seasons. So I decided to turn things around and I really fought for it. I gave it a good year an put my heart into it, so those wins felt great. It was nice that so many people supported me and everyone saying that I deserved it, too.

How much more pressure is there on you now that your career is paying for your family? Is it more intense than before you were married and had children?
Yeah of course it’s different now but I am also older and I am thinking more than I did when I was 19. Back then you just had a laugh and were happy to just snowboard for a living. I was always riding for fun and the love but once contracts get involved you realise what the money has to do with you. You can destroy yourself financially with injuries. I mean I’ve ripped off my shoulder and blew my ACL, so you really start to think that you need to get some dollars that reflect the risks you are taking for those companies that pay you. In later life we will feel that and won’t get pensions or a normal working wage. It’s not just fun and games, you have to look at the business side of things. 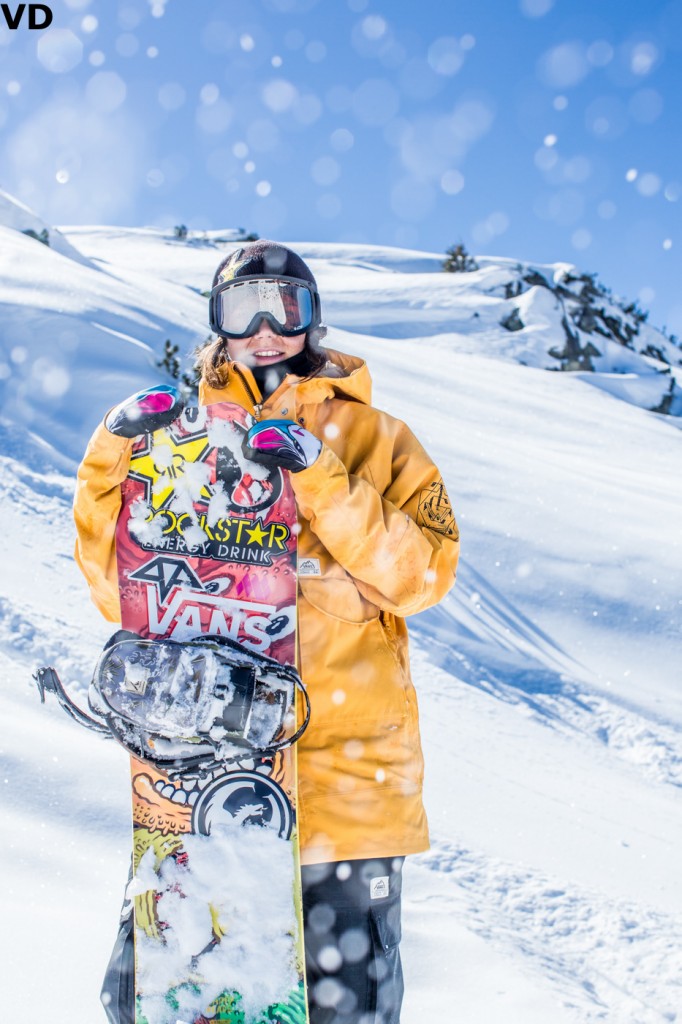 Talking of marriage, you are married to Stine; why do you think that there aren’t more people in snowboarding that are open about their sexuality? Are they afraid of the response or is it just because it’s no one else’s business?
There are different reasons for everyone but I think people are scared their sponsors won’t like it or their images will change. These days it’s all about social media and how many likes you can get. In my opinion, if you are good looking and gay maybe the guys wont follow you anymore and be like ‘fuck this person’. I don’t know why everyone is so scared about someone being gay but I also think it’s no ones business, they should do their thing and enjoy life.

On the lead up to the Olympic Winter Games there was loads of talks about the gay rights issues in Russia. Were you nervous about competing there and did you experience any negativity because of this?
I wasn’t nervous although there was a lot of talk about it. It was annoying for me because they overlooked my riding and just talked about me being gay. I had come back from a knee injury so it was hard to qualify anyway, so to only talk about being gay instead of focusing on my riding and the achievement of qualifying was a shame. When we got to Russia there was no sign of hate at all, everyone was treated equally and very well, they were just lovely people. 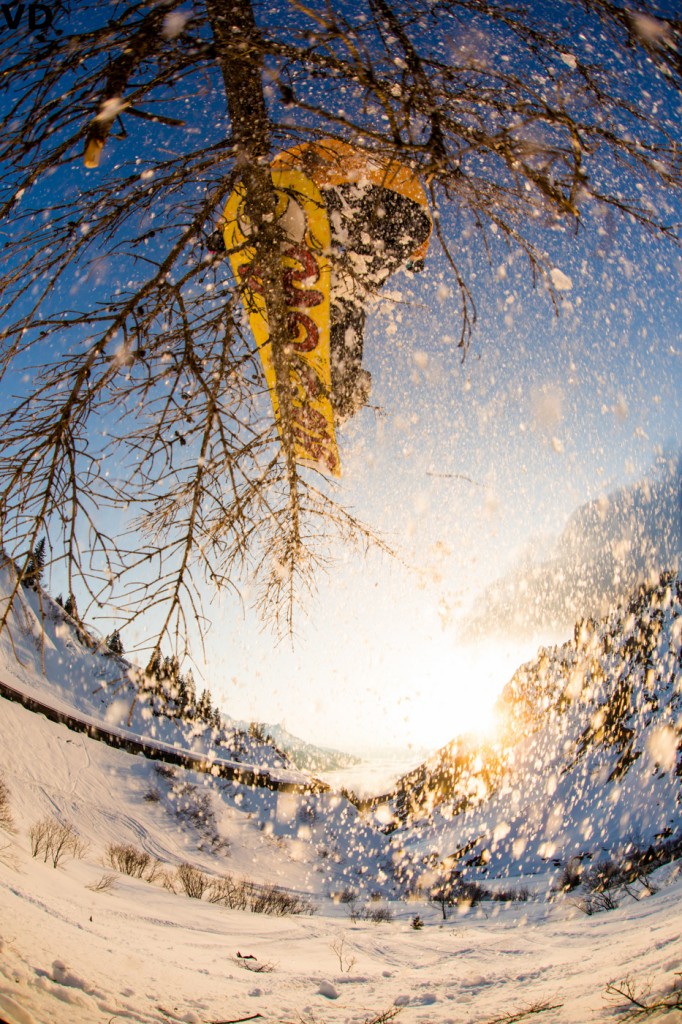 There was some friction between you and the Dutch organisation at one point but now you are working with the federation again. Was it awkward to work with them at first and what are you collectively trying to achieve?
No it wasn’t awkward, they changed a lot over the past few years. I like what they are doing even though there is still some work to be done. Now I can work with them and together we can hopefully make it easier for Dutch snowboarders to make the transition from national to international rider in the future.

How do you see women’s snowboarding at the moment? Some people say there isn’t that much progression. Would you say that’s fair?
I think lately women’s snowboarding is progressing a lot and the girls are hitting really big stuff. There’s a good vibe and it’s bullshit to compare it to what the guys were doing years ago. The guys compete against 1000 other people and the girls maybe around 40, which changes the whole drive and dynamic of the sport. For the amount of girls that ride competitively the progression is good. Of course we look at the guys and say ‘wow they are doing this and that’ but we are hitting the same jumps in contests, which are massive, so I respect all the girls I ride with.

Will you try out for Pyeongchang 2018 and if so what disciplines will you go for?
Big air and slopestyle is something I always rode and it’s something I’ve always watched since I was 10 years old at the X-games and other events. I always thought it was cool so I’m super stoked that big air is an event now. It goes hand in hand with slopestyle but big air would be my main focus there.