Christian Haller or Hitsch to his friends, is a rider that manages to intertwine tech tricks with style, with his backside airs in particular being a joy to watch. Haller has consistently reached the finals of the biggest contests for over a decade with pipe being his main area of expertise. Aside from his pipe talents, he can transfer that signature style into the backcountry and one would hope that when Hitsch is done with competing, this is something we can see a lot more of. Here is his Real Talk interview in his own words.

At 8 years old you moved to The Engadin, which has created some big names such as Reto Lamm and Michi Albin. Were those locals an influence on you and who did you look up to growing up?
The Engadin definitely had a huge influence on me. I grew up riding a resort without a proper park but the given terrain was the best playground anyways. Of course I also looked up to people like Michi. I wish I had his promodel with the “Gonz” graphic; unfortunately it was too big for me at the time it came out. Otherwise I think we have great riders from Switzerland I looked up to, Freddi and Nico are my big idols but I quickly became friends with Stephan Maurer and Markus Keller, they took me under their wing and taught me everything.

You are best known for your pipe riding, how did you get started with riding pipe and what is about pipe that you enjoy so much that you concentrated on that?
True, I’ve been riding a lot of pipe over the past few years. After riding a while in the Engadin I gave the pipe in Davos a try, which is the closest one from my hometown. I got hooked right away and never stopped. My interest and fascination to it changes all the time, but I’d say the dynamics of it makes it so special to me. The combination of flow and power is so unique; I’ll never get tired of that.

Away from pipe you have been known to ride slope and also throw down in the backcountry. Do you get much time to ride outside of the pipe? Have you had to sacrifice many powder days training in the pipe?
Haha unfortunately I had to sacrifice some pow days for the Olympic preparations for sure. But now I want to progress and spend more time in the backcountry. I was in Japan last winter and I loved it! I feel like Backcountry riding is the holy grail of snowboarding, it’s definitely something I want to experience more and get better at.

Proud owner of one of the best backside airs in the game.
Photo: Ed Blomfied

You’ve ridden pipes across the globe, it seems that apart from Switzerland, Europe is far behind the US in building pipes. How do the pipes compare in the States and why do you think Europe pays less attention into building them?
Building a proper pipe is a big deal for a resort. In general I think snowboarding is bigger in the states, in Europe ski racing is still number one. I can also imagine that the water prices for snowmaking could be cheaper in the US, which makes a huge difference. But I have to say that the new pipe in Laax was the best one I rode last year.

How do US pipe riders and European pipe riders differ?
Uhh though one. I think it’s really hard to categorize. Maybe European riders are more precise than the US, but then Shaun comes into play and shows the opposite. Haha.

Talking of good pipes, let’s focus on the bad. Just how bad was the pipe at the Sochi Olympics and what was your reaction when you first rode it?
The pipe itself was not that bad, it certainly was not the best but it was in standard. The bad things were the conditions and the schedule they put up for these circumstances. They knew that an area like Sochi could get really warm temperatures but still, they put the Men’s qualification, semi-final and final into a one-day program. No other event is set up like that, so no wonder the pipe was totally destroyed in the final. It was bumpy as hell and there were endless holes in the walls. Nonetheless it was the same for everybody but it didn’t make snowboarding look good in my opinion.

Would you have bothered going through the qualification process for the games if you had known the pipe would be so bad?
Haha I think it wouldn’t be good in any case to know the answer before you start something. 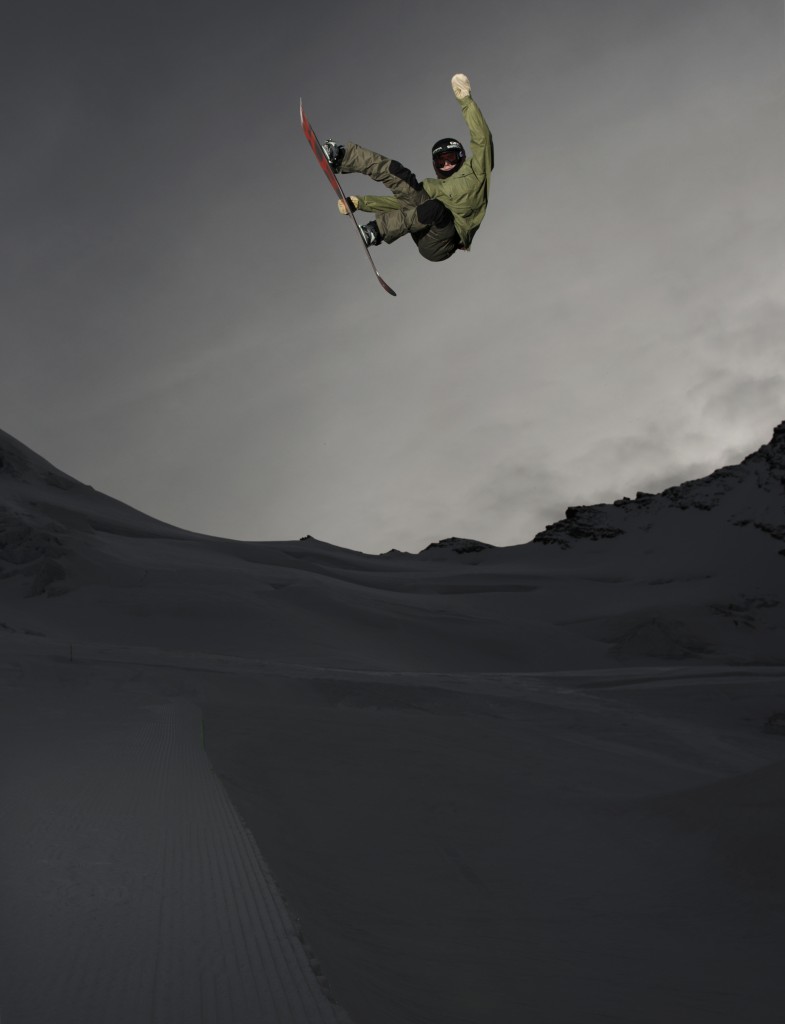 It seems that pipe riding seems to go in and out of fashion regularly; do you notice that as pipe rider? Why do you think that is?
I think that happens with almost everything on a daily basis. As of lately yes, I think pipe riding did get a little “boom” effect, as all the carving stuff is so popular these days. I guess you just need to do your own thing, it doesn’t matter if it’s cool or not.

A lot of riders are getting cut from brands these days and budgets are getting smaller, how much fear is there for a rider at the moment of getting dropped, is that on your mind if you have a bad result?
It’s definitely pretty gnarly right now. I wouldn’t say it’s on my mind after a bad result but it’s something that’s in your head, I know you have to deliver and be on it. I do have a great relationship to my sponsors though and I’m really thankful for that.

At the BEO, there is a lot of attention on yourself and the other Swiss riders, does that make you more nervous at those local events?
Yes, of course. BEO is the event I personally want to perform my best and end on top. It’s pretty much the only event I get really nervous at. The fans are great and of course you want to show them all you’ve got. 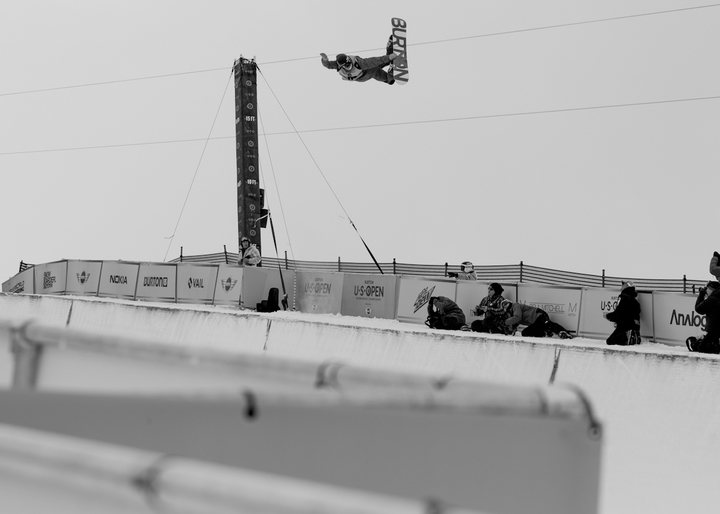 When they look this good we can legitimately run two backside airs in one interview.
Photo: Gabe L’Heureux

You always have had a recognisable dress sense on the hill and I’ve seen a lot of riders in Laax who dress exactly like you, are you aware of the influence you have over the locals?
No, I am not really aware of that. The only thing I recognize is the hood because I’ve had it for a really long time but I wouldn’t claim that one anyways. The thing with my outfits is that I snowboard so much, that I don’t see it as “snowboard gear”. It’s something I wear everyday in wintertime. So you want to change it up sometimes. Looks in general are important to me; it’s a detail of your own identity. Skaters have a huge influence on streetwear and fashion, they always had. I want to translate that a little bit in snowboarding as well. I also have the privilege that Burton offers a huge range to choose from.

Another Swiss competitor is Ipod, how is your relationship with him, are you rivals or do you get on?
Iouri and I are best friends. We travel a lot together and get along really well. He’s definitely got that crazy Russian inside of him somewhere but that’s cool. I have huge respect for what he’s achieved and I’m thrilled to experience it all over the years with him.

Tell us about your new pipe project, what can we expect from that?
I can’t tell you too much about it yet. The title of the project is called “Spuren” which mean “Tracks” in German. Together with friend and photographer Dominic “Howzee” Zimmermann we did this photography project in Laax. It’s going to be something different, not really action based at all. I wanted to showcase the halfpipe in a different way and as the title says, it’s about the tracks and marks you leave behind. We also did a little video with my friends from Hillton Productions so you’ll get to see it soon. We’ll also have an exhibition in Zurich on November 12th.