Jesse Augustinus has been around for so long, that it’s hard to image that he only just turned 23 this past September. After 12 years of putting out solid video parts and shining at some of the biggest rail contests, Jesse shows no sign of slowing down yet. Recently, Augustinus has been keeping us entertained with some of the most technical videos ever to grace Instagram and we decided it was about time we chatted to this outspoken flatlander ourselves. Here is Jesse’s Real talk Interview.

You have been sponsored since you were 11 years old, how did you first get noticed?
Yes that’s right, the first time I got noticed was in Saas-Fee. I met all these Dutch snowboarders who at the time rode for the Dutch Fourstar distribution (Forum, SB, Jeenyus and Foursquare) They seemed to take a liking in me, and I suppose they were impressed too. They put me in contact with Jeroen Bazuin, who ran the distribution.
He started hooking me up with a little gear at first. Later I went on a trip with the Forum team to Laax, Jonathan Weaver ran the Forum team at the time. He was setting up a European Youngblood team, and asked me to be a part of it. That was the first contract I ever signed.

That’s a young age to get hooked up, were they tasks for you to do for your sponsors back then or was you just told to go out and ride?
They never gave me any tasks to do, it was all very loose then, all the guys who’ve been my team managers throughout my career have been snowboarders themselves. I’m sure all they wanted me to do is progress and not really worry about the business related side of snowboarding.
I still don’t really get tasks; it’s more that they will sometimes ask me to do something. It’s never like ‘you have to’. They also know me pretty well by now, and they know things i’m into and not, so usually when they ask me to do something, i’m very down with it. 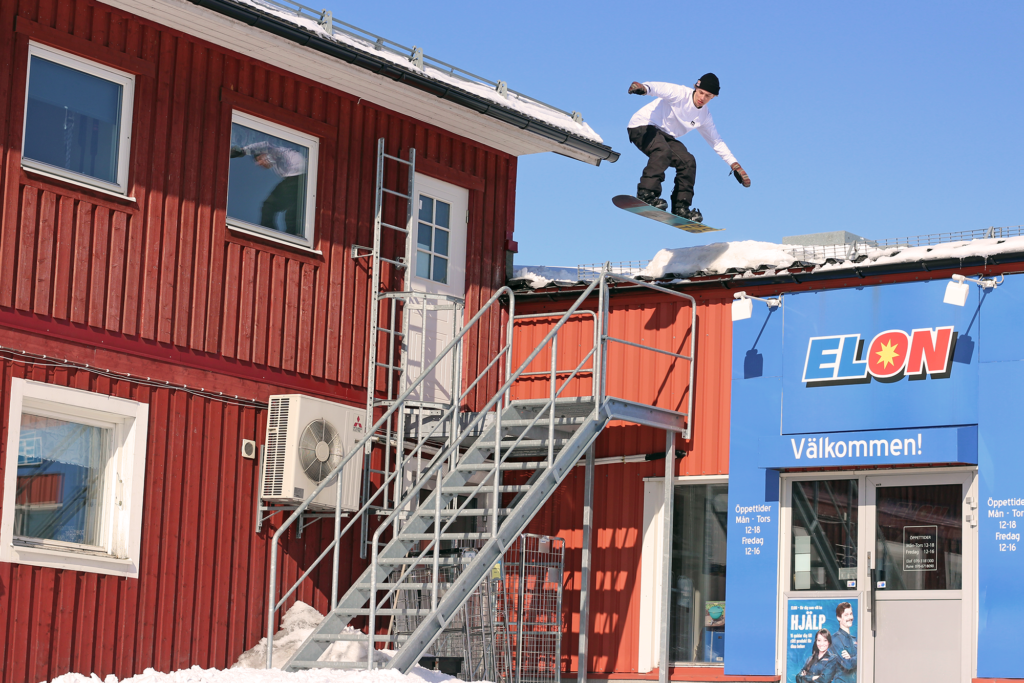 Fast forward to day and you have had multiple video parts, which one are you most proud of and why?
Hmm that’s a hard one, since they’re all different. In each part there are things i am proud of, and things i’m not stoked on. I suppose everyone who films parts experiences that in the same way. But If I had to choose, it would be between my first Postland part, which was in ‘’Off the Cuff’’
Or the new one, which still has to come out. Very hyped on that one too.
It’s in the new Postland movie, called ‘’Keep it Z’’

You parts are always focused on street, do you have plans to ride more backcountry or kickers in the future?
Maybe when I get older.  A lot of backcountry stuff just really bores me.
In movies, I usually just watch my favourite backcountry part, and skip the rest.
I love riding kickers, but I would never put a park jump shot in my part. Also, the level of riding is so high, Id rather stand out doing what I’m good at, than bore someone with something I’m not so good at, like backcountry. For now and hopefully for many years to come, ill just stick to filming street.

Will you film a part this season and if so for who?
Yes I definitely will, I can’t stand riding parks all winter long. Plans are being made right now. Can’t say too much yet, but it will be dope that’s for sure. 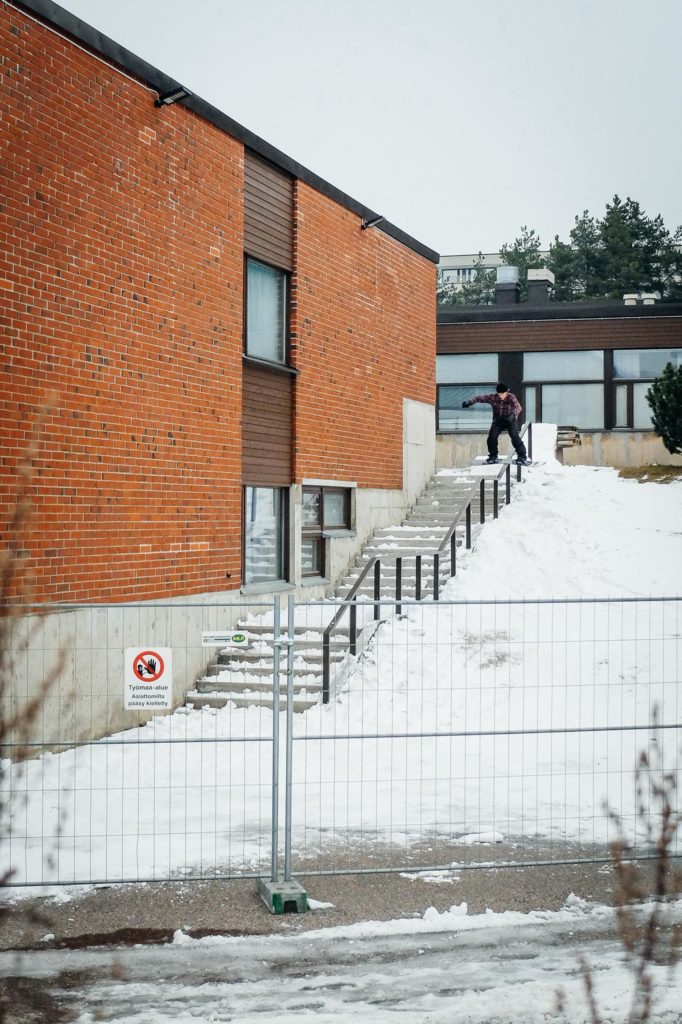 You are a regular in the domes, how long do you spend there a week and are you allowed to build whatever you want?
Well that depends on the time a year, when its wintertime I obviously travel a lot, and I don’t get to ride indoor a lot. Just in between trips. But after winter, during summer until pre-season, I usually ride about 6 times a week. Right now, in the beginning of the winter, it get’s insanely busy there, so ill skip the weekends and ride about 5 times a week. They have a park crew that does the park there; usually they decide what gets built. Of course we know all those guys pretty well, so whenever we have ideas we will discuss them with them, sometimes they’ll built them, sometimes they don’t haha.

How does riding rails indoor compare to riding rails out in the street?
I think street is very different compared to any man made park, either in-or out doors. Only on the street you face many challenges which 9/10 times can’t be seen on video. Just think about all the things that come into play on the street, which you’d never have to worry about in a park. I’ve never found a perfect spot yet, which had absolutely nothing wrong with it. There is always something, speed being issue, trees in the landing, pole in the in-run, gravel everywhere, crappy rusty metal, getting kicked, the list goes on and on.

The Netherlands has always produced some of the best rail riders but there seems to be less raw talent coming out than years before, why do you think that is?
I’m not quite sure, to me; this could have a couple reasons.I see a lot of kids that start snowboarding, and as soon as they can make it down the slope, their parents put them in these little training teams.
Where they get told what to do, when to do, by a coach that has never even touched a rail in his/hers life. So when these kids reach an age where they can speak a little for themselves, they’re sick of snowboarding, and just quit altogether. I also think, no one has patience, and persistency enough. They think they can go pro as soon as they 360 a jump. I think snowboarding takes a lot of patience; no on really becomes an overnight star, which happens in the music industry weekly for example. When you want something bad, you have to keep working at it, even when it gets tough. I’ve been snowboarding for a long time, if I gave up every time it got tough, I would’ve quit the first year. It has a lot to do with passion also.

Which riders do you look up to and why?
I’ve always loved Jed Anderson, he always had a very unique approach to snowboarding, and his influence is very noticeable. It’s a huge shame he got dropped. I still talk to him sometimes; he told me he wants to film some stuff again this winter. So I’m very keen to see that. I also love Jake Kuzyk, his style is unmatched, no one rides as clean as him. Of course the childhood hero as well, JP Walker, I’d always watch his part in  ‘’The Resistance’’ on some bootleg dvd when I was about 9/10 years old. I met him on a trip to Finland, and since then he’s been super supportive of everything I do, he always comments compliments on my videos, tells me to keep going etc. I’m saying this, because when I was a kid, I would have never imagined that happening. He’s the biggest legend. It means more to me than winning a contest for example. Its like Gordon Ramsey telling you you’re a great cook, you know? 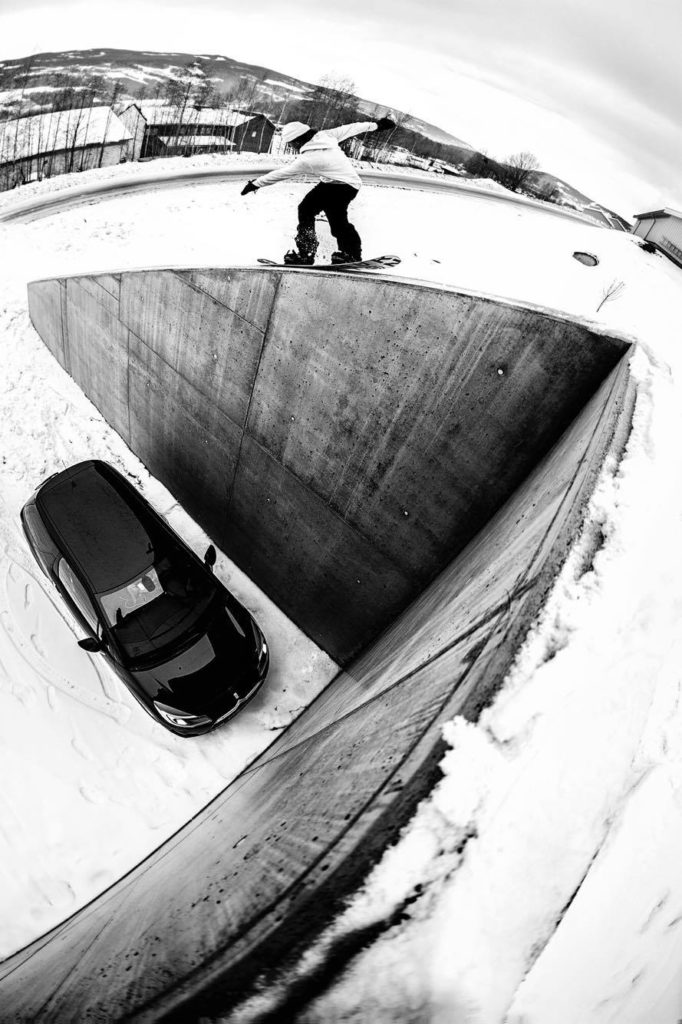 I heard you were hoping to film a Real Street Part, how do you make that happen and would that be your ultimate goal with riding?
Well yeah, that’s definitely one goal I have, to do one of those. I’m not exactly sure how you make it happen; I think you have to get very lucky to be asked for it. Only a very few get to do it, and they usually have 2/3 riders that do it every year, so the chances are pretty slim. My ultimate goal is to leave something in snowboarding, an influence on the next few generations. Which is something only a very few get to have, to not be forgotten.

If you could ride anywhere in the world, where would you go?
Japan is without a doubt one of my favourite places to ride, but I’ve been 4 times already. If Id get to choose, I think a street trip to Paris would be very dope, or London. Imagine if they’d get a lot of snow…

Thanks to Pyramid Mag, Burton, Red Bull and Anon.