It’s a tall ask to find a rider that is as respected as Mikkel Bang, with both your average snowboard fan and pro riders looking up to the Norwegian prodigy. We have watched Bang grow from a 13 year old, hyperactive park rat in Standard Films’s “White Balance”, to one of the most well rounded and stylish backcountry riders out there. Mikkel appears to have almost a free reign on his career and having been left to his own devices, he consistantly produces some of the most anticipated and admired content around. We caught up with Mikkel in Laax for the Opening to find out what is on his mind.

The first time you really started gaining recognition was after your shared part in White Balance back in 2003, how did things change for you after that?

My life changed when I was 12 years old. It was in 2002 when I did my first international contest in Italy, The Burton European Open. The next year 2003 was the year I filmed for The White Balance grom part with Luke Mitrani and Fredrik Austbø. After that year it just kept going and going. I started traveling more, competing more and filming more. We were just snowboarding and having fun! We were the luckiest kids in the world!

You have been with Burton since day one, obviously you have a good working partnership but have you felt pressure in the past few seasons with so many European Burton riders facing the chop?

Not really, I have tried to just focus on my own path. I think it’s more important to use your energy on snowboarding and not thinking about other riders taking your spot. I do it because I love it and I think that’s what people want to see, our passion for the sport! 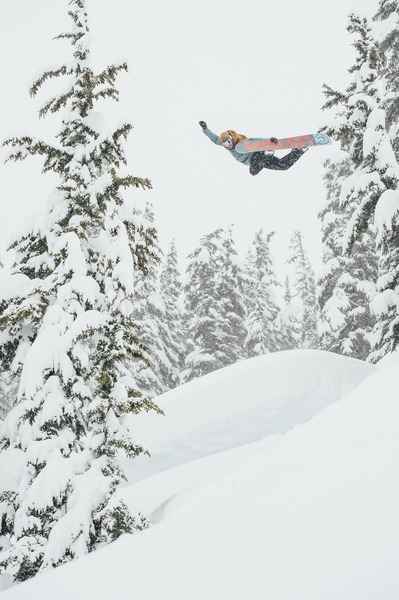 Mikkel with his signature style in BC.
Photo: Blotto

A lot of pro riders say that you are their favourite rider, how does that feel to hear that and what do you think is it about your riding that makes you so popular?
I have my favourite riders too and the fact someone would say that about me means so much to me! You would have to ask them why I am their favourite!

What do you feel about the current state of snowboarding with the quad corks and crazy spins we have been seeing at contests?
Progression has always been a part of snowboarding and I think the new tricks are very impressive! I also feel for the new kids that have to do a triple or a quad to win a big air or slope style contest. It is a lot more serious than what it used to be but this is not the only way to snowboard of course! There are no rules in snowboarding! Choose what makes you happy! Whether you like to compete or be in the backcountry, dream big and go for it

Obviously you don’t compete anymore, what did your sponsors say when you said you were quitting contests, were they cool with it?
My dream was always to be searching for snow and film in the backcountry. After competing for 12 years Burton supported my decision to spend my days on the backcountry and film. I am very grateful but the fact that I competed for so long and filmed on the side helped.

You now concentrate on filming, what is your favourite video part you have put out so far and why?
I guess Burton 13 because I came back from an injury and had a really fun season.

You are now filming with Travis Rice in Japan for his video project, what can we expect from your part?
I wont have my own part but I will be a part of the Japan segment with Travis, Landvik and Shin, you´ll see deep snow and tree jibs.

You are taller than the average snowboarder but yet have a style that a lot of people admire. Why are a lot of tall riders known for having bad style and how did you change that perception?
I think that is a myth, style is personal, it is your personality on the hill. I do see that a lot of tall riders ride very small boards and I think if tall folk would ride with boards that fit, it would look better and they would also be able to preform better. I am 191cm and I ride a 170cm. As they say “big hands big gloves”

What annoys you the most about snowboarding right now and what do you love the most?
The lack of snow annoys me; I wish we all could have tons of snow all winter. Snowboarding is what I love the most.

You are building a big house in Hemsedal, do you ever look at how far your riding has gotten you and think, “wow this is crazy”
I do think it is crazy that snowboard has given me a home! I am so thankful for the opportunity I have had and that I am still on the road doing what I love 26 years later. 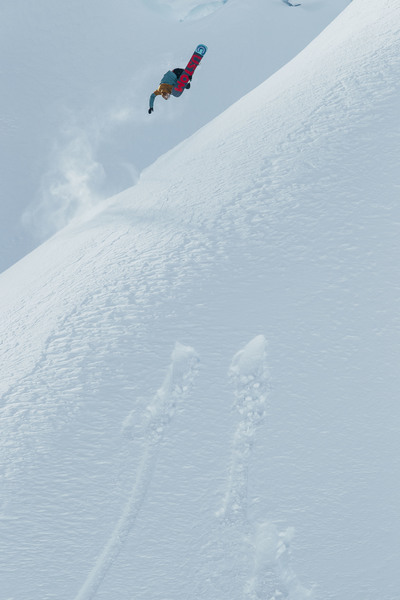 Mikkel and his 170cm board delivering the goods.
Photo: Moran