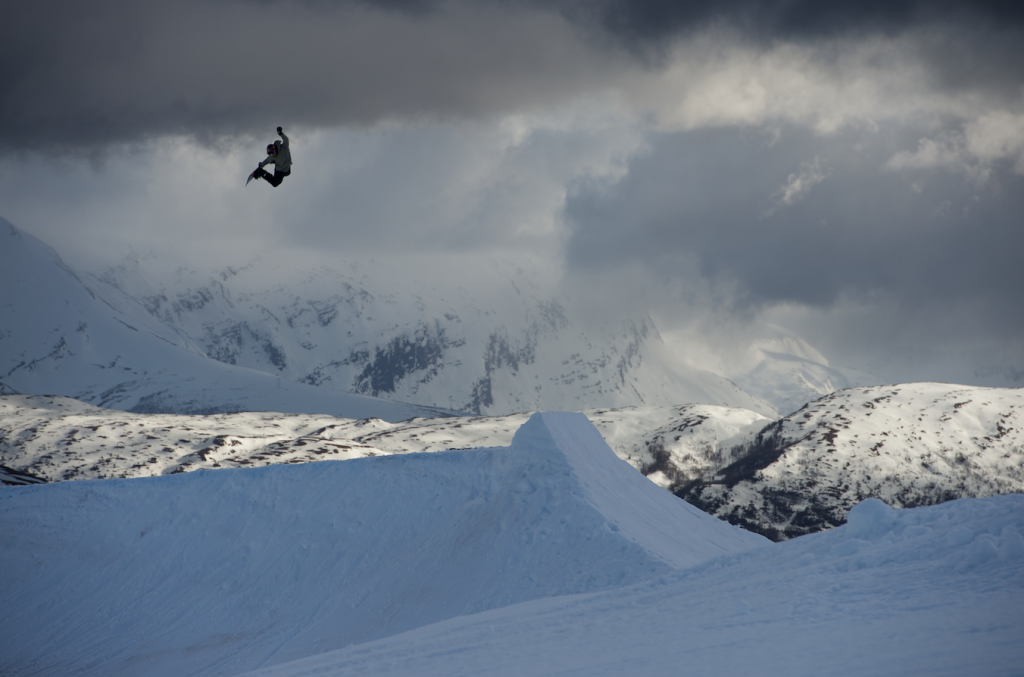 Roope Tonteri is one of our favourites, earning himself respect and admiration from fellow pros and fans over his already stacked career. It’s a given that Roope is an incredibly talented snowboarder, but he is also one of the most talkative and down to earth people you could ever wish to meet. When you throw in his ridiculously good skating skills and a passion for a few beers into the mix, you have the epitome of a guy that is keeping it real. Here is Roope’s Real Talk Interview.

You are more talkative than your typical Finnish snowboarder, why are others so quiet and you not?
Yeah that’s true. I like to talk to people but I can also be quite quiet if I don’t know the people too well. After a couple of drinks I open my mouth and I can’t really stop talking. Finnish people don’t really do small talk and they just talk if they actually have a reason to say something. I still found myself in certain situations where I don’t really know how to do small talk, then I just keep quiet.

It feels like over the last few years you have been really unlucky with some of the judges, and had some strange results. Does it ever feel like they pick on you?
Yeah! Some of the contests have been really weird with judging and sometimes they don’t even have the necessary equipment to rewatch the runs. Some results have been wrong because judges didn’t actually see the tricks like they are supposed to.

Does that make you want to quit doing contests when you get those kind of results?
For sure it does for a little bit, overall though, shit happens sometimes and there is always the next contest, but it’s definitely frustrating at times.

You’ve created some great video edits, is that an area you can see yourself moving into when you are done with contests? Perhaps something similar to your team mate Grilo?
I would love to start filming after i’m done with my contest career. I have been in the contest circuit for a long time now and ideally I would still like to do some contests but also focus more on filming and exploring new places.

You still like to go out and have a few beers, something we are seeing less frequently with riders. Do you think riders are too serious these days?
Only a few beers? Well everyone does it how they want but for sure it’s more serious now with all the Olympic things and national teams. There are still a lot of riders who are keeping it real.

A lot of riders are getting dropped from their long-term sponsors, how much extra pressure does that put on you to perform? Does it feel like a constant stress?
I do feel the pressure a bit but I try to do my own stuff. I have fun in the contests and also try to make creative videos. I’m really happy that I can call my sponsors long-term sponsors.

It’s Olympic qualification time this season, how does that change up your regular season?
Not too much really, I did few extra big air contests but overall I wasn’t stressing too much about it.

Roope in the Mist of the Laax Open
Photo Blotto

We always hear bad things about the FIS contests, from a rider’s point of view; do they feel any different from another contest series?
Well to be honest, I feel like it doesn’t matter that much if it’s an FIS or something else. What really matters is how the course is built and how everything runs overall.

Do you ever feel like snowboarding puts too much emphasis on the Olympics?
Yeah, maybe it’s all a bit too much. You know it’s still just one contest alongside all the others. It just that it happens once every 4 years and in my eyes, it’s a really small part of snowboarding.

What would make snowboarding better?
We need to have one big tour, which is run by snowboarders. An event that has more time to run so that the riders do not have to compete on bad weather days. That’s just the contest side, I feel outside of the contest snowboarding it’s great when you ride for the right reasons. If I have been doing 5 contests in a row and I bail in all of them, it feels like ,”why I’m doing this?” Then I just remind myself that the real reason I do this, is that snowboarding is just fucking fun. 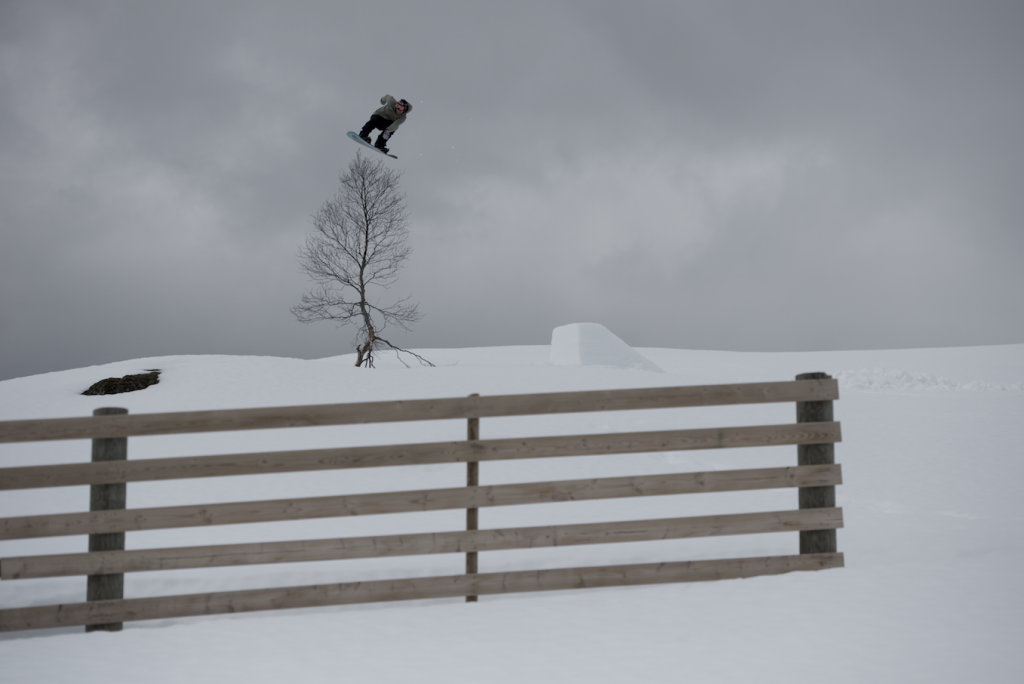 No trees were harmed in the making of this photo
Photo: Blotto

Explain to us what’s going on with your beard and hair and why do you only cut it at certain times?
I once made a deal with myself that I would not cut my beard before I ended up next on the podium. Well that took a year and my hair got really wild. The last time I cut my hair was back in 2015, when I won the Big Air World Champs. We just made a deal with my coach that if I win, we are both going to cut our hair. That’s 2 years ago now and it’s getting really long. We are in world champs again and I made deal with myself again if I podium I will cut my hair Haha!

You travel a lot, how much do you travel in an average season and how is that for you?
I travel way too much. It’s fun to be on the road but it’s also really nice to get back to my cabin and just chill. It’s always at spring time that it hits you and you  just wanna go home and chill but this season, I have been getting to spend some time at home, so I don’t really feel it yet. I’m down to do more trips but for filming in stead of contests. It’s just so different to go on filming trips where you actually get to snowboard and not just do 2 hours practice and then a contest.